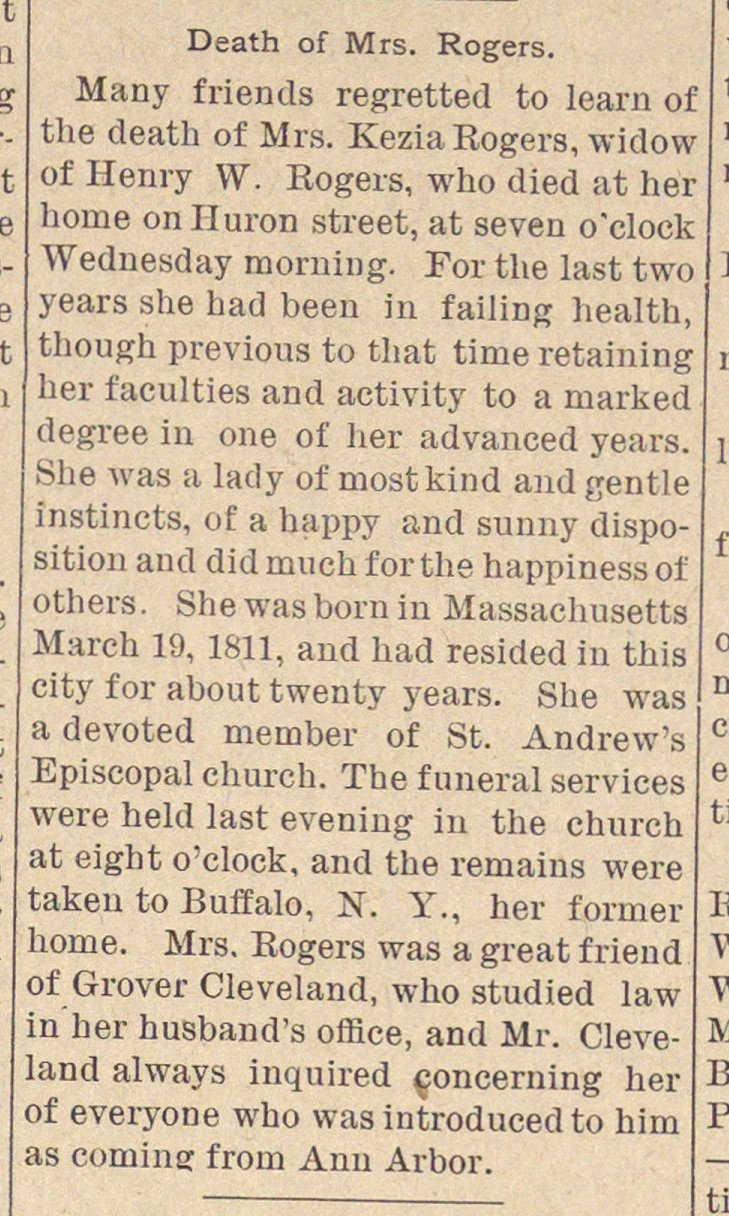 Many friends regretted to leam of the death of Mrs. Kezia Rogers, widovv of Henry W. Rogers, who died at her home onlluron street, at seven o"clock Wednesday morning. For the last two years she had been in failing health, though previous to that time retaining her faculties and activity to a marked degree in one of lier advaneed years. She was a lady of most kind and gentle instincts, of a happy and sunny disposition and did mueh for the happiness of others. She was bom in Massachusetts Mareh 19, 1811, and had resided in this ity for about twenty years. She was a devoted member of St. Andrew's Episcopal church. The funeral services were held last evening in the church t eigbt o'clock, and the remains were ;akeu to Buffalo, N. Y., her former ïome. Mrs. Rogers was a great friend f Grover Cleveland, who studied law n her husband's office, and Mr. Cleveand always inquired oncerning her f everyone who was introduced to him s comino; from Ann Arbor.