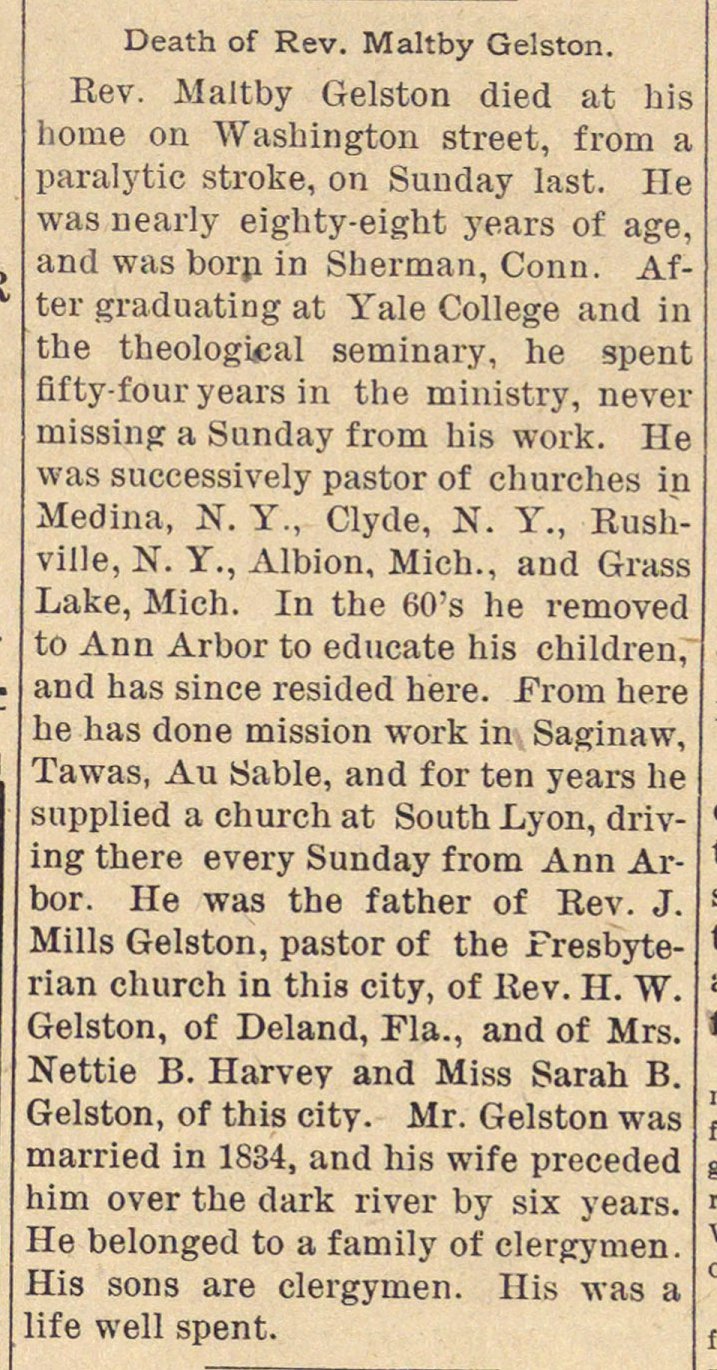 Rev. Maltby Gelston died at his liome on Washington street, from a paralytic stroke, on Sunday last. He was neariy eighty-eight years of age, and was borp in Sherman, Conn. After graduating at Yale College and in the theological seminary, he spent fifty-four years in the ministry, never missing a Sunday from his work. He was successively pastor of churches in Medina, N. Y., Clyde, N. Y., Rushville, N. Y., Albion, Mich., and Grass Lake, Mich. In the 60's he removed to Ann Arbor to edúcate his children, and has since resided here. From here ie has done mission work in Saginaw, Tawas, Au Sable, and for ten years he upplied a church at South Lyon, drivng there every Sunday from Ann Arjor. He was the father of Rev. J. Mills Gelston, pastor of the Presbyteian church in this city, of Rev. H. W. Gelston, of Deland, Fla., and of Mrs. Nettie B. Harvey and Miss Sarah B. Gelston, of this city. Mr. Gelston was married in 1834, and his wife preceded ïim over the dark river by six years. Ie belonged to a family of clergymen. lis sons are clergymen. His was a ife well spent.