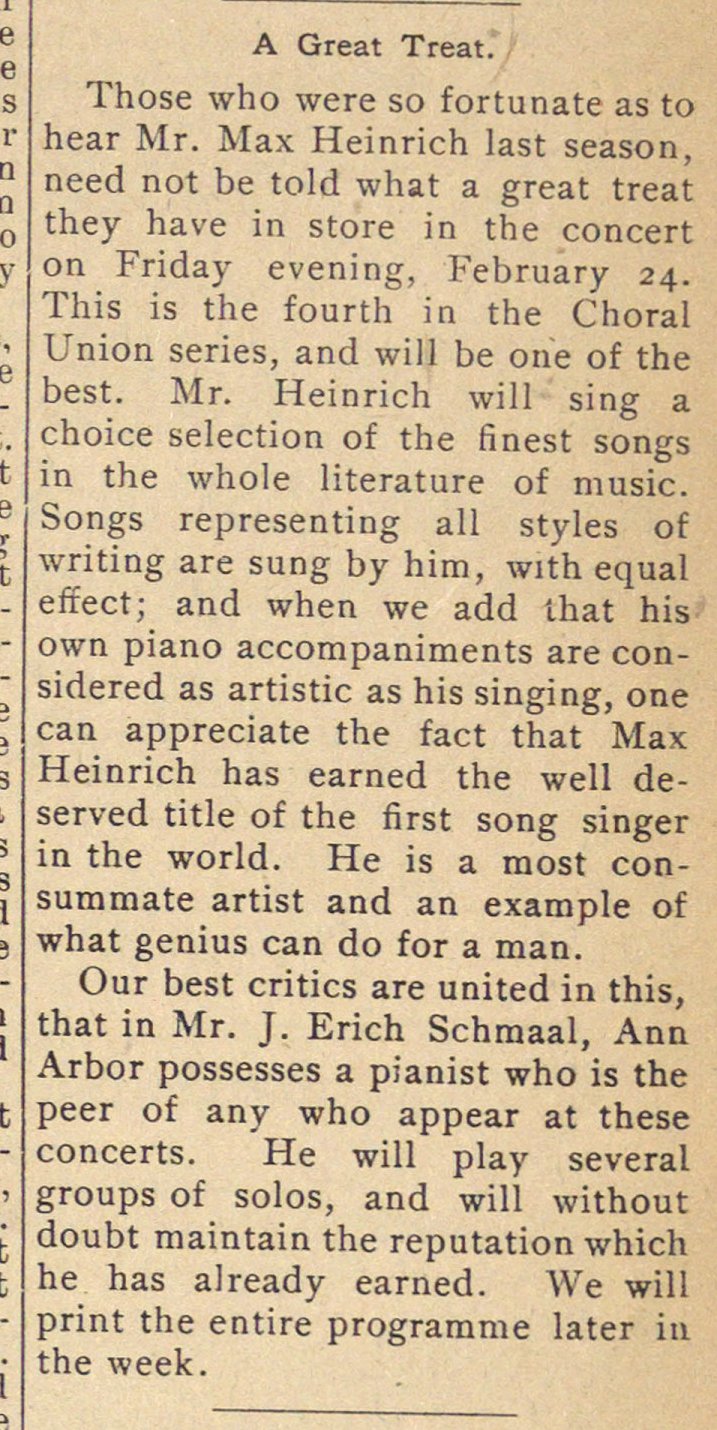 Those who were so fortúnate as to hear Mr. Max Heinrich last season, need not be told what a great treat they have in store in the concert on Friday evening, February 24. This is the fourth in the Choral Union series, and will be one of the best. Mr. Heinrich will sing a choice selection of the finest songs in the whole literature of music. Songs representing all styles of writing are sung by him, with equal effect; and when we add that his own piano accompaniments are considered as artistic as his singing, one can appreciate the fact that Max Heinrich has earned the well deserved title of the first song singer in the world. He is a most consummate artist and an example of what genius can do for a man. Our best critics are united in this, that in Mr. J. Erich Schmaal, Ann Arbor possesses a pianist who is the peer of any who appear at these concerts. He will play several groups of solos, and will without doubt maintain the reputation which he has already earned. We will print the entire programme later iti the week.