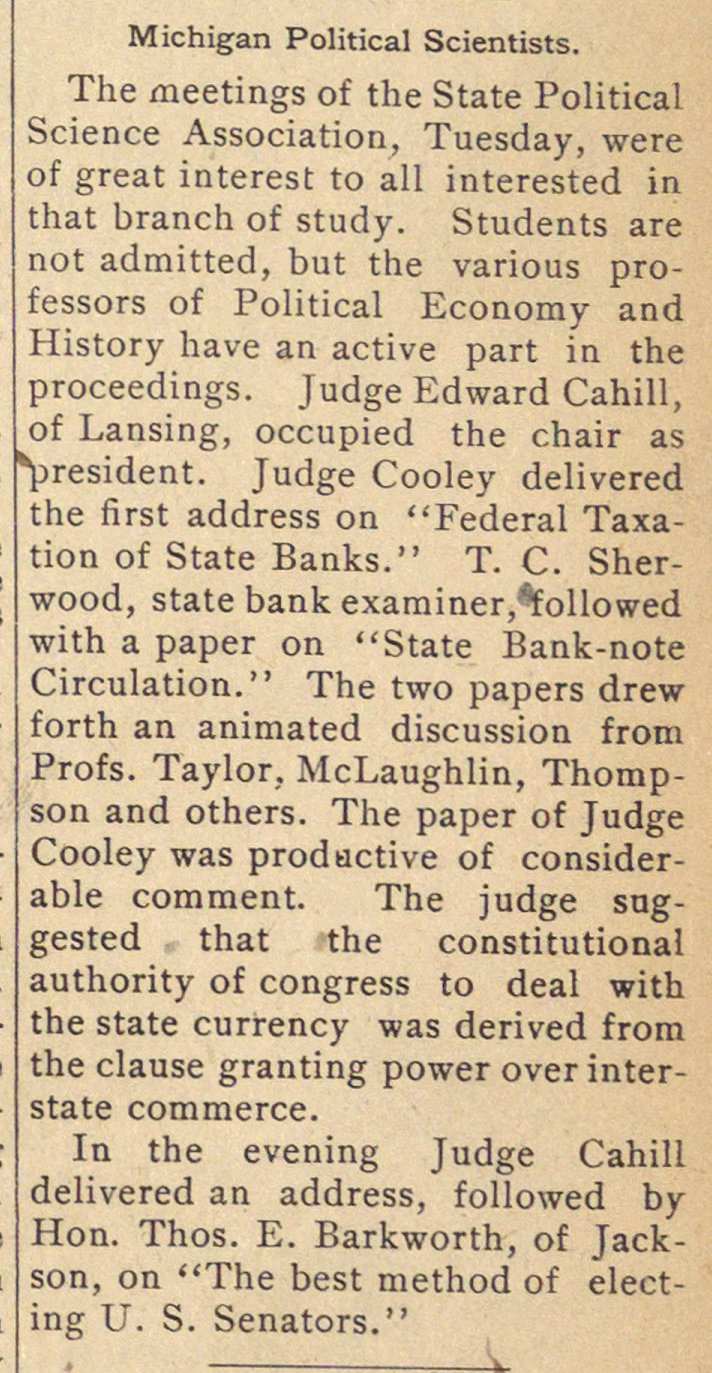 The meetings of the State Political cience Association, Tuesday, were f great interest to all interested in hat branch of study. Students are ot admitted, but the various proessors of Political Economy and History have an active part in the roceedings. Judge Edward Cahill, f Lansing, occupied the chair as resident. Judge Cooley delivered he first address on "Federal Taxaion of State Banks." T. C. Sherwood, state bank examinerollowed with a paper on "State Bank-note Circulation." The two papers drew brth an animated discussion from Profs. Taylor. McLaughlin, Thompon and others. The paper of Judge Cooley was prodactive of considerble comment. The judge suggested that the constitutional uthority of congress to deal with he state currency was derived from he clause granting power over intertate commerce. In the evening Judge Cahill delivered an address, followed by Hon. Thos. E. Barkworth, of Jackon, on "The best method of electng U. S. Senators."