To Spoon Every Durned Rod 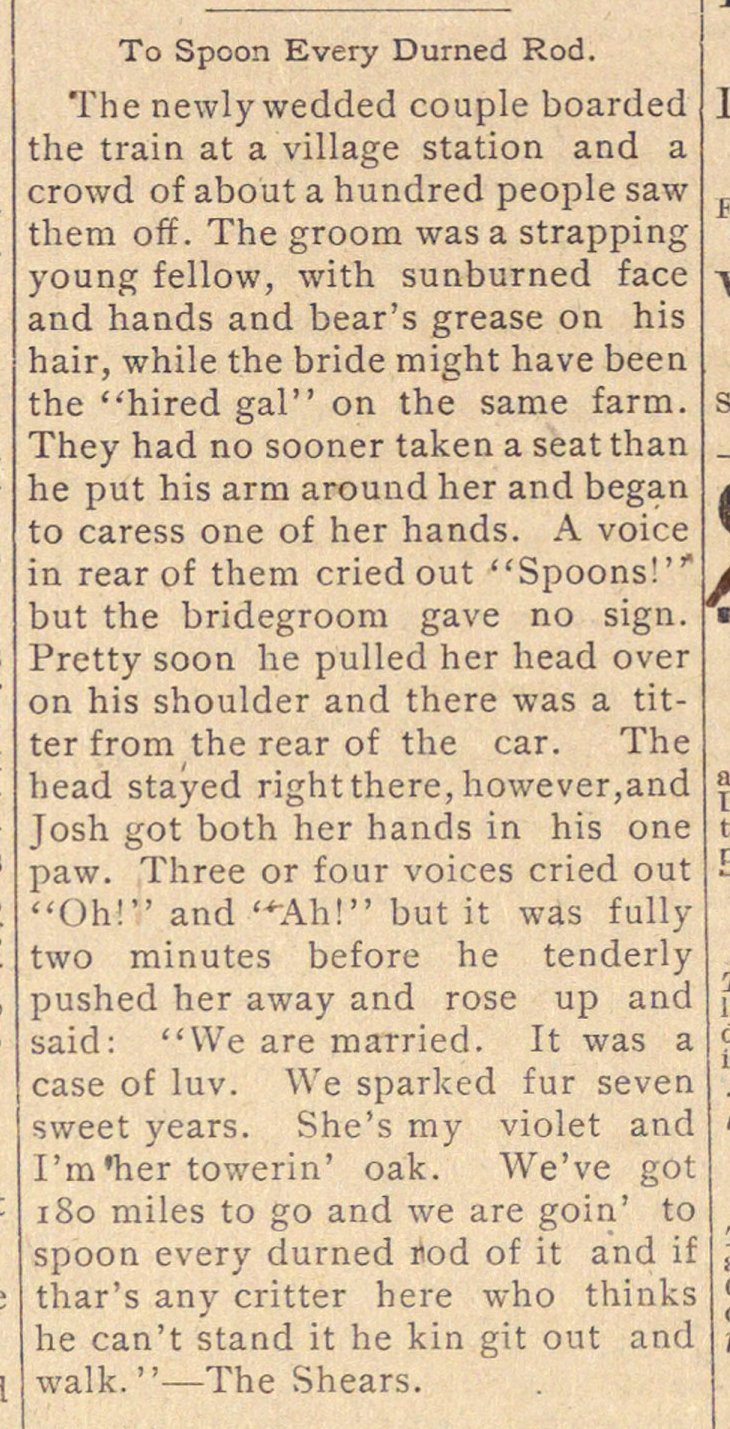 The newly wedded couple boarded he train at a village station and a crowd of about a hundred people saw hem off. The groom was a strapping 'Oung fellow, with sunburned face and hands and bear's grease on his ïair, while the bride might have been he "hired gal" on the same farm. They had no sooner taken a seat than ie put his arm around her and began o caress one of her hands. A voice n rear of them cried out "Spoons!"" jut the bridegroom gave no sign. Dretty soon he pulled her head over on his shoulder and there was a titer from the rear of the car. The ïead stayed right there, howe ver, and osh got both her hands in his one aw. Three or four voices cried out 'Oh!" and "Ah!" but it was fully wo minutes before he tenderly 3ushed her away and rose up and said: "We are married. It was a case of luv. We sparked fur seven svveet years. She's my violet and ['mher towerin' oak. We've got 180 miles to go and we are goin' to spoon every durned iod of it and if thar's any critter here who thinks he can't stand it he kin ffit out and walk."- The Shears.