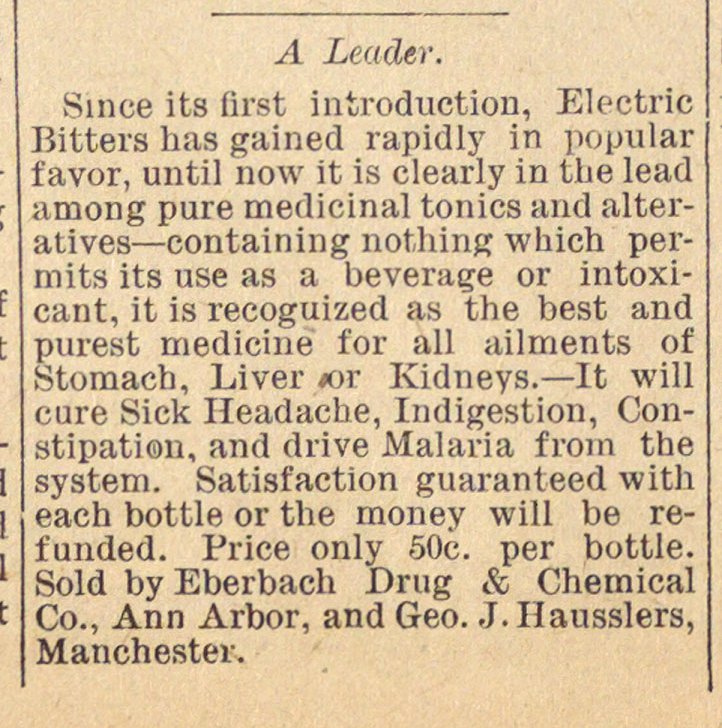 A Leader. Since its íirst introduction, Electric Bitters bus gained rapidly in populai favor, until now it is clearly in the lead among pure medicinal tonics and alter atives - containing notliing which per mits its use as a beverage or intoxicant, it is recoguized as the best anc purest medicine for all ailments o: Stomach, Liver cr Kidneys.- It wil cure Sick Headacbe, Indigestión, Con stipation, and drive Malaria f rom the system. Satisfaction guaranteed witl eaeh bottle or the money will be re funded. Price only 50c. per bottle Sold by Eberbach Drug & Chemica Co., Ann Arbor, and Geo. J.IIausslers Manchester.