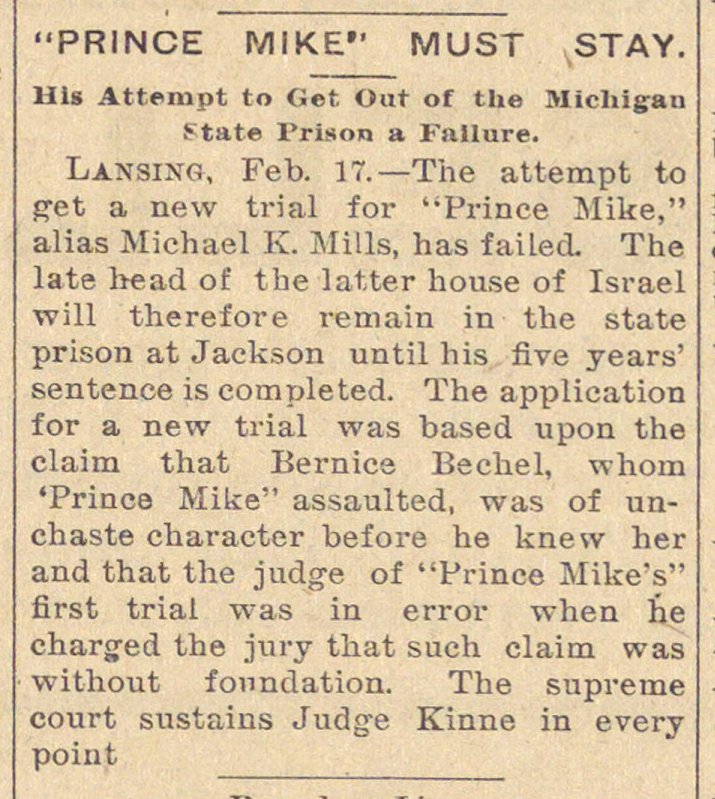 Lansinö, Feb. 17.- The attempt to get a new trial for liPrince Mike," alias Michael K. Mills, has failed. The late head of the lat.ter house of Israel will therefore reniain in the state prison at Jackson until his five years' sentence is completed. The application for a new trial was based upon the claim that Bernice Bechel, whom 'Prince Mike" assaulted, was of unchaste cliaracter before he knew her and that the judg-e of "Prince Mike's" first trial was in error when he eharg-ed the jury that suoh claim was without foundation. The supreme court sustains Judg-e Kinne in every poiiit