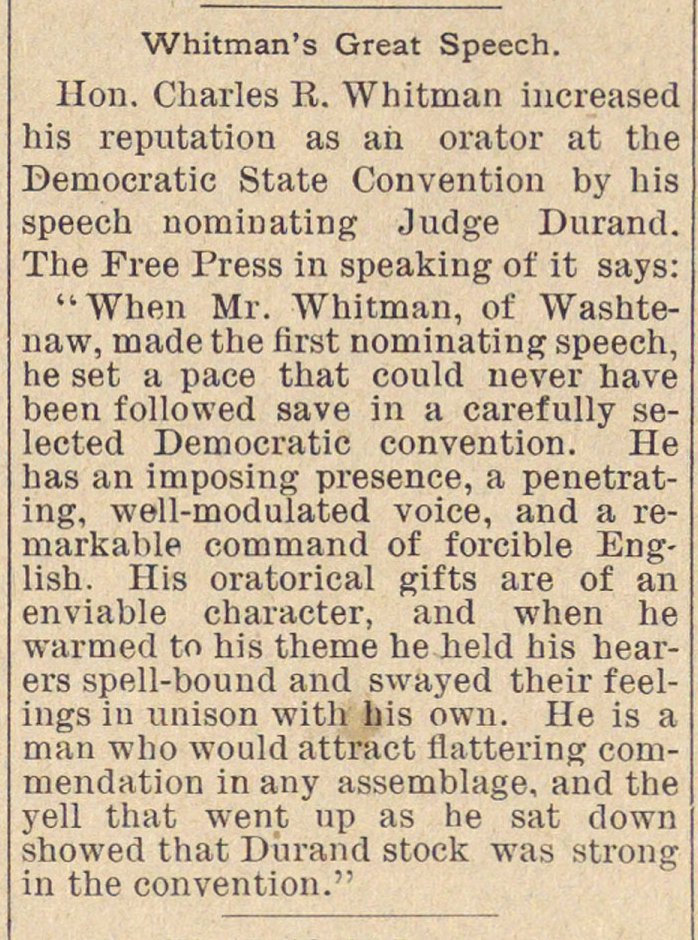 llon. Charles K. Whitman increased his reputation as ah orator at the Democratie State Convention by his speech nominating Judge Durand. The Free Fress in speaking of it says: "When Mr. Whitman, of Washtenaw, made the first nominating speech, he set a pace that could never have been followed save in a carefully selected Democratie convention. He has an imposing presence, a penetrating, well-modulated voice, and a remarkable command of forcible English. His oratorical gifts are of an enviable character, and when he wartned to his theme he held his hearers spell-bound and swayed their feelings in unisón with bis own. He is a man who would attract flattering commendation in any assemblage, and the yell that went up as he sat down showed that Durand stock was strong in the convention."