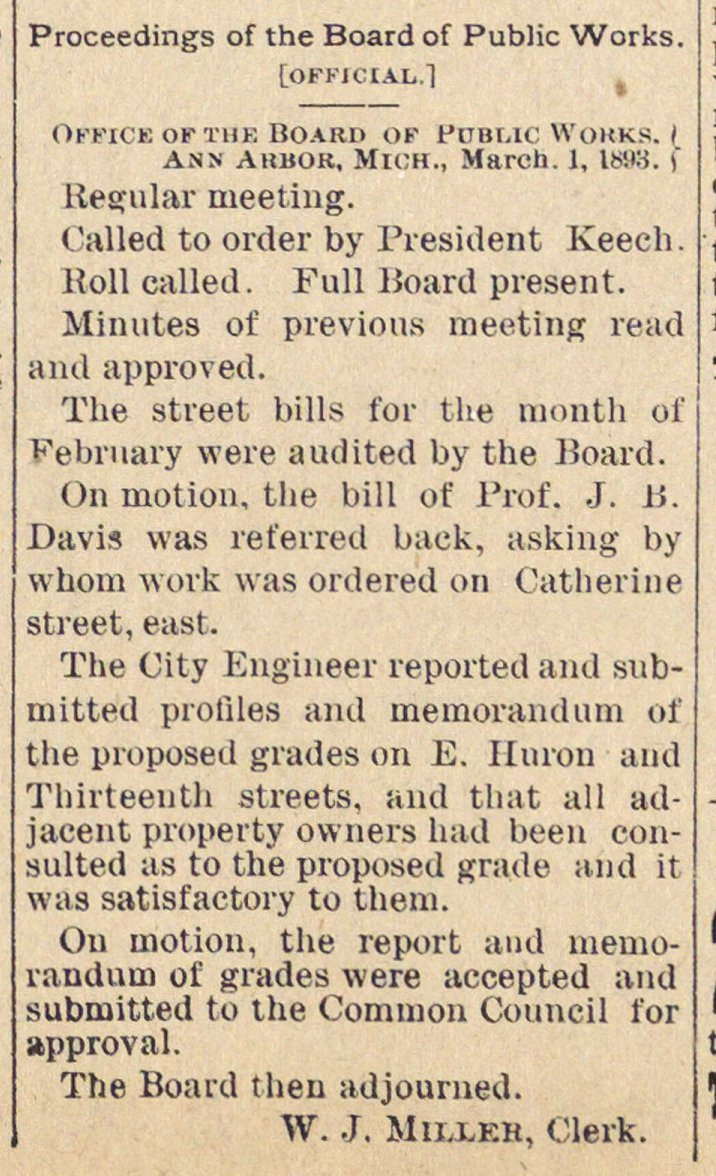 [official.! Office or the Board of pdbmc Wokks. I As Ahbok, Mich., March. 1, 1898. i Regular meeting. Called to order by President Keecli Holl called. Pull Hoard present. Minutes of previo us meeting re&c and approved. The street bilis for the month oi February were audited by the Board. On motion, the bill of Prof. J. B. Davis was ret'erred back, asking by whom wovk was ordered on Cattaerine street, east. The City Engineer reported and submitted prontos and memorandtun ol the proposed grades on E. Union aiul Thirteenth streets, and that all adjacent property ovvners had been consulted as to the proposed grade and it was satisfactory to them. Ou motion, the report and memorandum of grades were accepted and submitted to the Comnion Council for approval. The Board then adiourned. Clsrk.