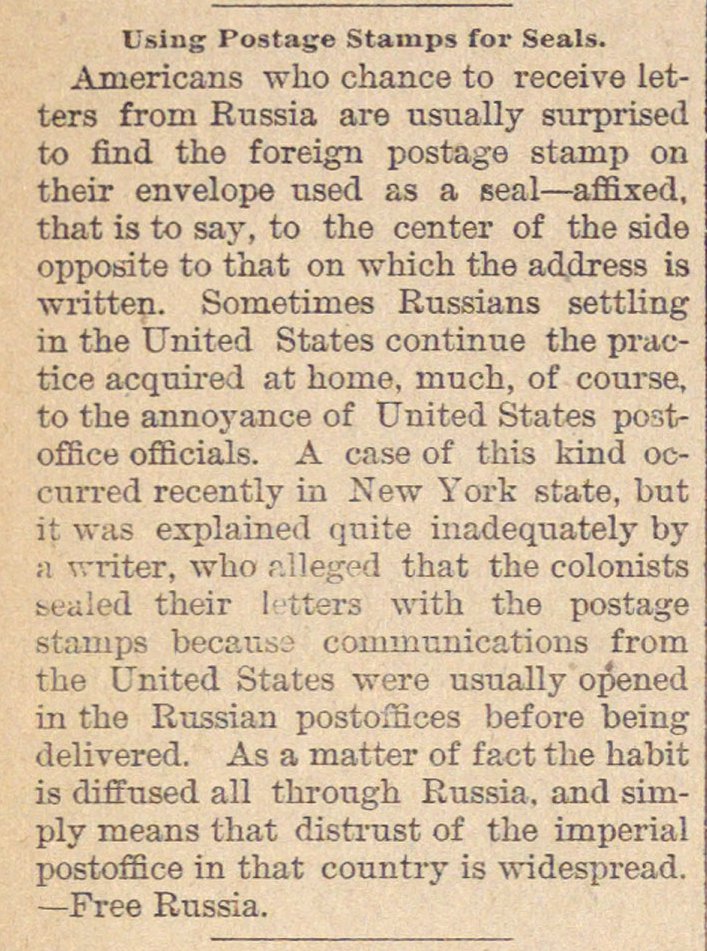 Americans who chance to receive letters froni Russia are usually surprised to find the foreign postage stamp on their envelope used as a seal - affixed, that is to say, to the center of the side oppotíite to that on which the address is written. Sometimes Russians settling in the United States continue the practice acqnired at home, much, of course, to the annoyance of United States postoffice officials. A case of this kind ocenrred recently in New York state, but i' was explained quite inadeqviately by ;i v.-riter, who alleged that the colonists bealed their letters with the postage stampa becaus:1 conmirmications from the United States were usually opened in the Eussian postoinces before being delivered. As a matter of fact the habit is difftised all throngh Russia. and simply means that distrust of the imperial postoflice in that country is widespread.