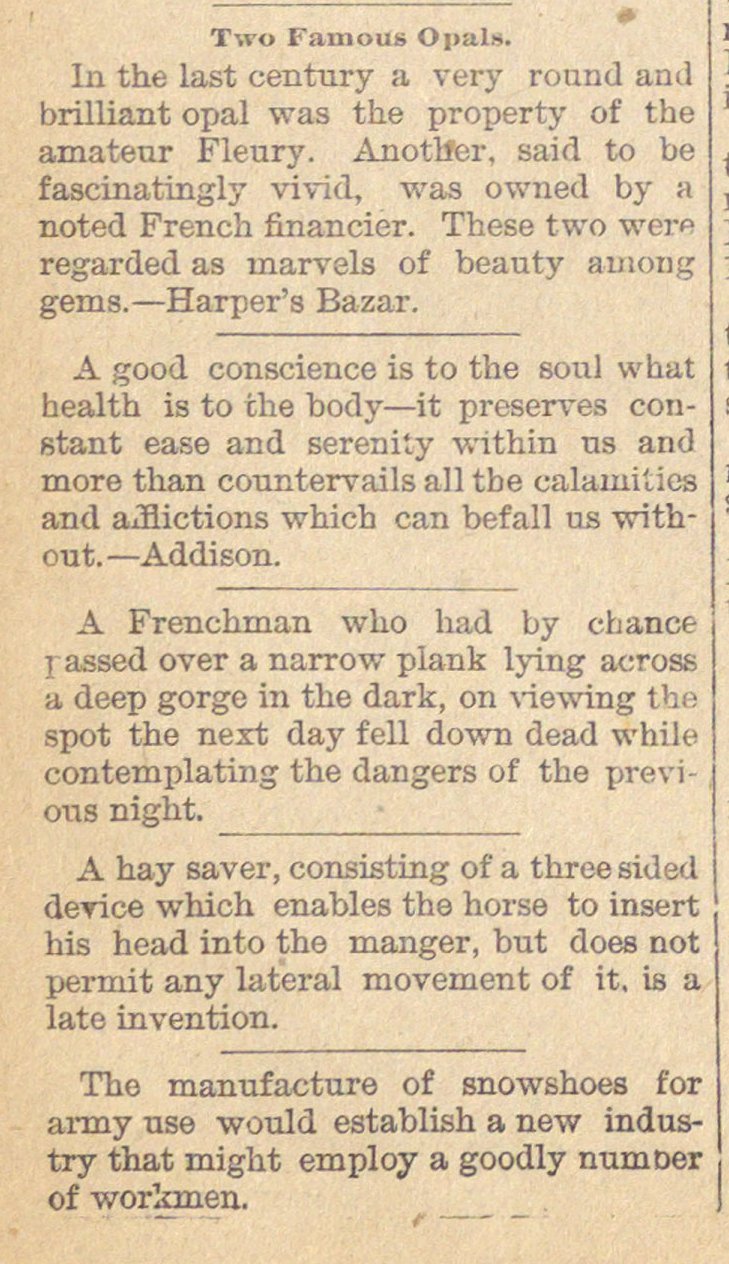 In the last century a very round añil brilliant opal was the property of the amateur Fleury. Anotlíer. said to be fascinatingly vivid, was owned by a noted French financier. These two werf) regarded as inarvels of beauty auioiig gems. - Harper's Bazar. A good conscience is to the soul what health is to che body - it preserves constant ease and serenity vrithin us and more than countervails all tbe calamities and aiflictions which can befall us vrithout. - Addison. A Frenchman who had by chance 1 assed over a narrow plank lying across a deep gorge in the dark, on viewing the spot the next day feil down dead while contemplating the dangers of the previons night. A hay saver, consisting of a three sided derice which enables the horse to insert his head into the manger, but does not pex'mit any lateral movement of it, is a late invention. The manufacture of snowshoes for army use would establish a new industry that might employ a goodly numDer of workmen.