The Egyptians And Romans 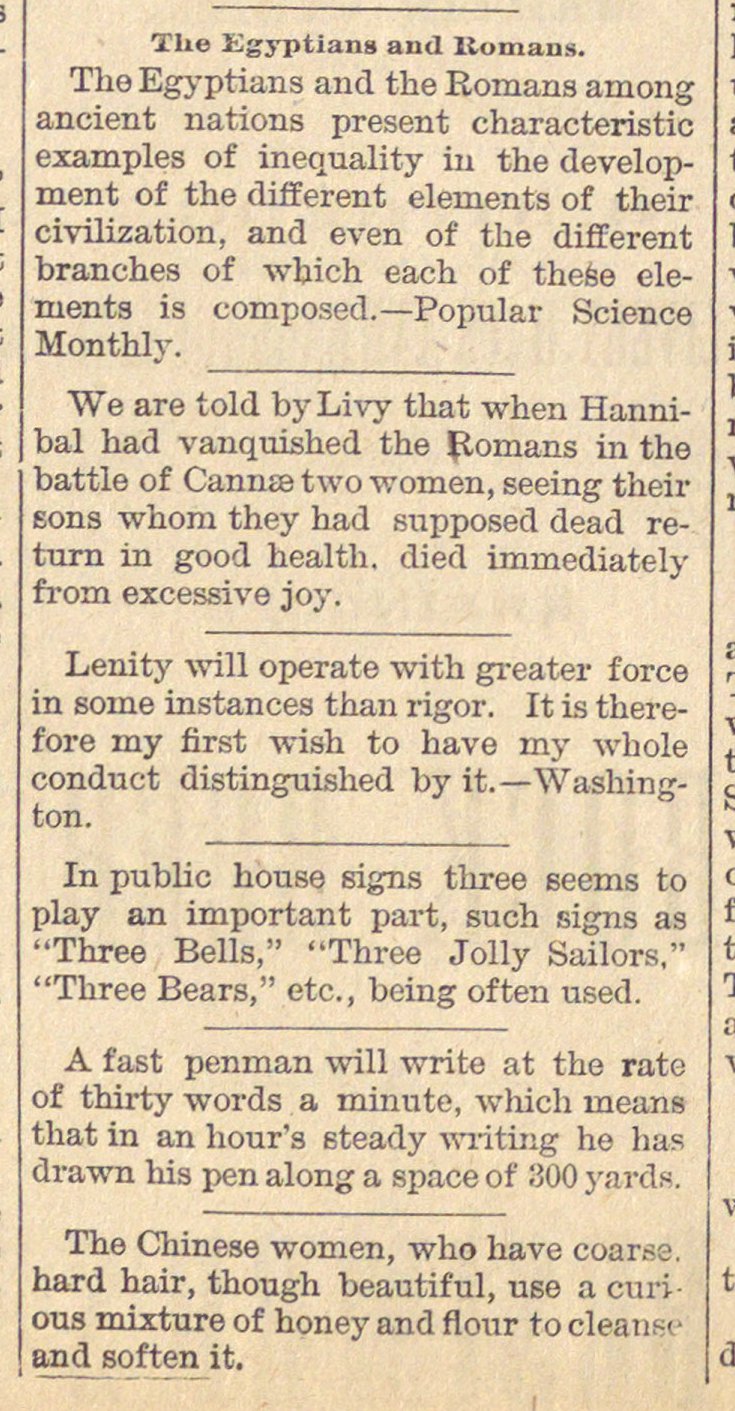 Tho Egyptians and the Romans among ancient nations present characteristic examples of inequality in the development of the different elements of their civilization, and even of the different branches of which each of theée elements is composed.- Popular Science Monthly. We are told byLivy that when Hannibal had vanquished the Romans in the battle of Canní8twowomen,seeing their eons whom they had supposed dead return in good health. died iminediately from excessive joy. Lenity vill opérate with greater forcé in some instances than rigor. It is therefore my first wish to have my whole conduct distinguished by it.- Washington. In public house signs three eeems to play an important part, such signs as "Three Bells," "Three Jolly Sailors," "Three Bears," etc, being often used. A fast penman will write at the rate of thirty words a minute, which ineans that in an liour's steady writiag he lias drawn his pen along a space of 300 yards. The Chinese women, who have coarss. hard hair, though beautiful, use a curi ous mixture of honey and flour tocleanse andBoften it.