Meaning Of The Word "either." 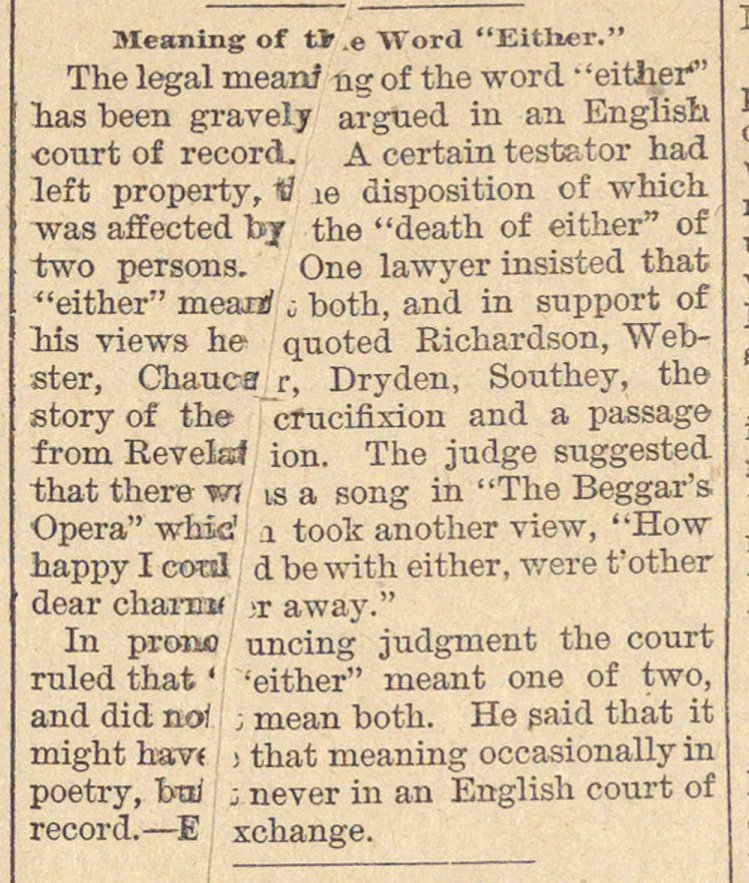 The legal meaní nee of the word 'eitlier tas been gravely argued in an Englisl court of record. A certain testetor had left property, 1? ie disposition of which was affected bj the "death of either" of iwo persons. One lawyer insisted that "either" meaní o both, and in support of lis views h& quoted Richardson, Webster, Chauea r, Dryden, Southey, the story of crucifixión and a passage from Revelad ion. The judge suggested that ther wi isa song in "The Beggar's Opera" whíc' a took another view, "How happy I coul d be with either, v.-ere t'other dear chai-nw t away." In prono uncing judgment the court ruled that ' 'either" meant one of two, and did nol ; mean both. He said that it might hav that meaning occasionally in poetry, hoi ; never in an English court o'