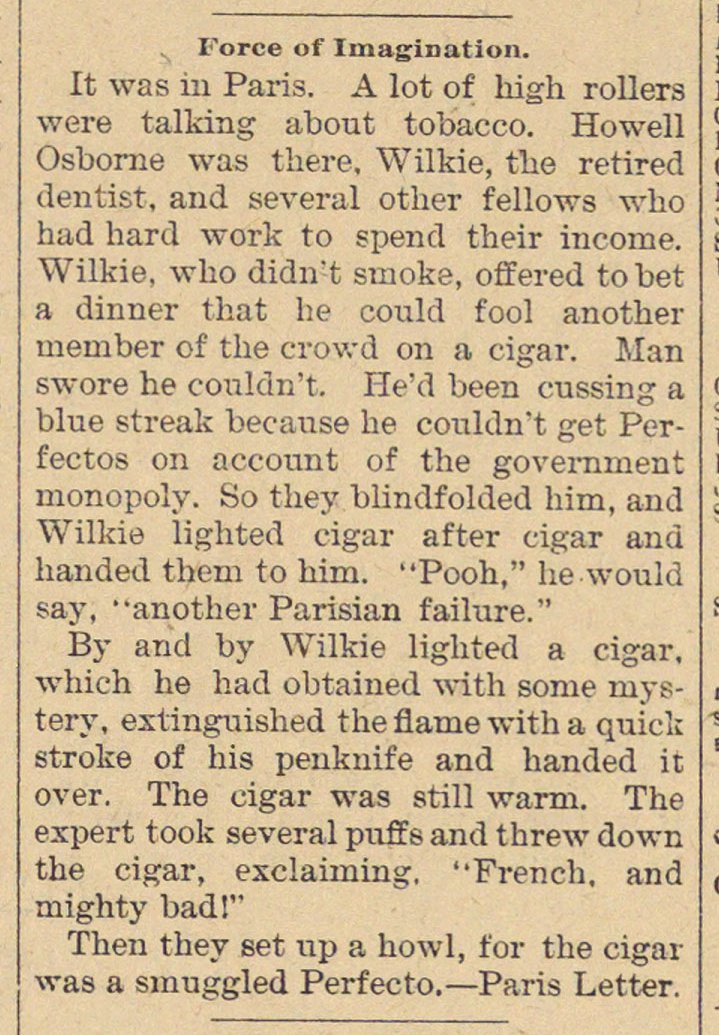 It was in Paris. A lot of high rollers were talking about tobáceo. Howell Osborne was there, Wilkie, the retired dentist, and several other fellows who had hard work to spend their income. Wilkie. who didn-t smoke, oiïered tobet a dinner that he could fooi another member of the crov.-d on a cigar. Man swore he couldn't. He'd been cussing a blue streak because he coxildn't get Perfectos on account of the govemment monopoly. So they blindfolded him, and Wilkie lighted cigar after cigar and handed them to him. "Pooh," he would say, "another Parisian failure." By and by Wilkie lighted a cigar, which he had obtained with some mystery, extinguished theflamewitha quick stroke of bis peuknife and handed it over. The eigar was still warm. The expert took several puffs and threw down the cigar, exclaiming. "French, and mighty bad!'' Then they set up a howl, tor the cigar was a smuggled Perfecto.