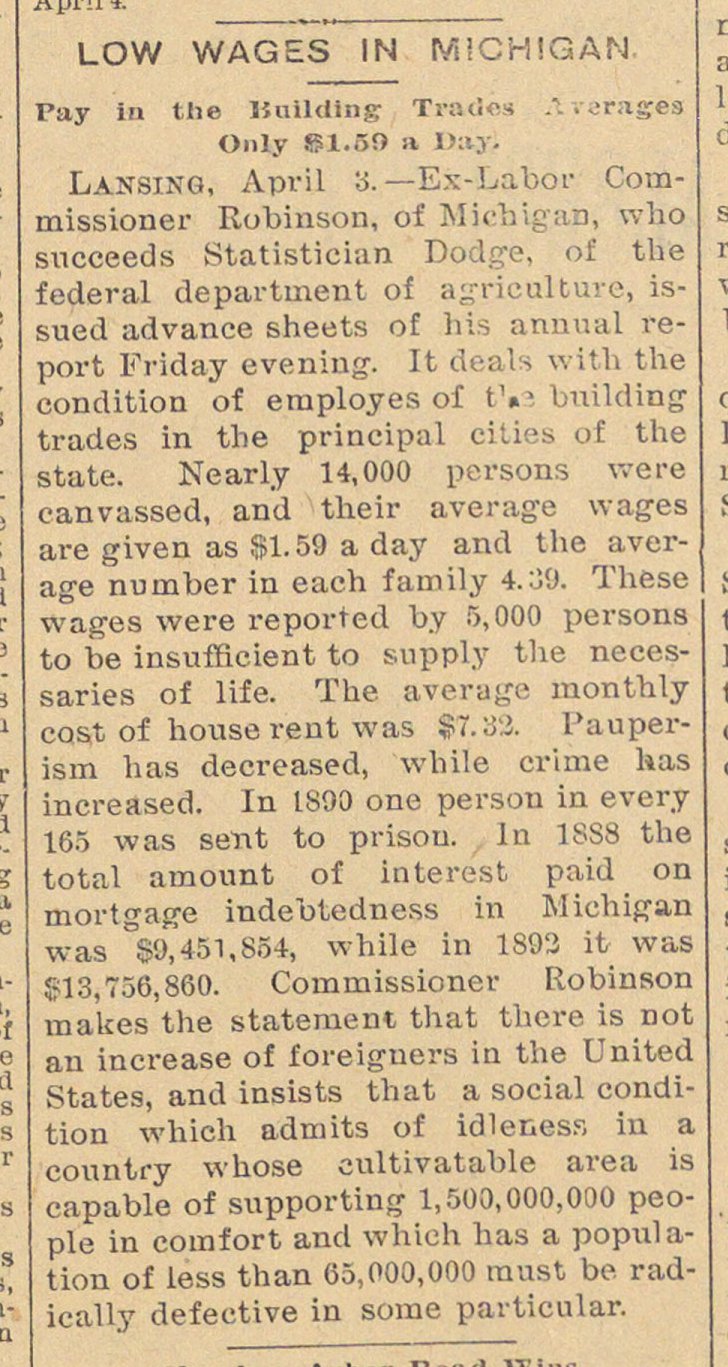 Lansing, April S. - tx-JjaDor wmmissioner Robinson, oí' Michigan, wlio succeeds Statistician Dodge, oL the federal department of agriculture, issued advance sheets of his annual report Friday evening. It deals with the condition of employés of tV building trades in the principal cities of the state. Nearly 14,000 persons were canvassed, and their average wages are given as SI. 59 a day and the average number in each family 4.:. These wages were reported by 5,000 persons to be insufficient to supply the necessaries of life. The average raonthly cost of house rent was $7.83. Pauperism has decreased, while crime has increased. In 1890 one person in every 165 was se"nt to prisou. In 1SS8 the total amount of interest paid on mortgage indebtedness in Michigan was $9,451,864 while in 1893 it was 513,736,860. Commissioner Robinson makes the statement that tucre is not au increase of foreigners in the United States, and insists that a social condition which admits of idleness in a country whose cultivatable area is capable of supporting 1,500,000,000 people in comfort and which lias a population of less than 65,000,000 must be radicaüy defective in some particular.