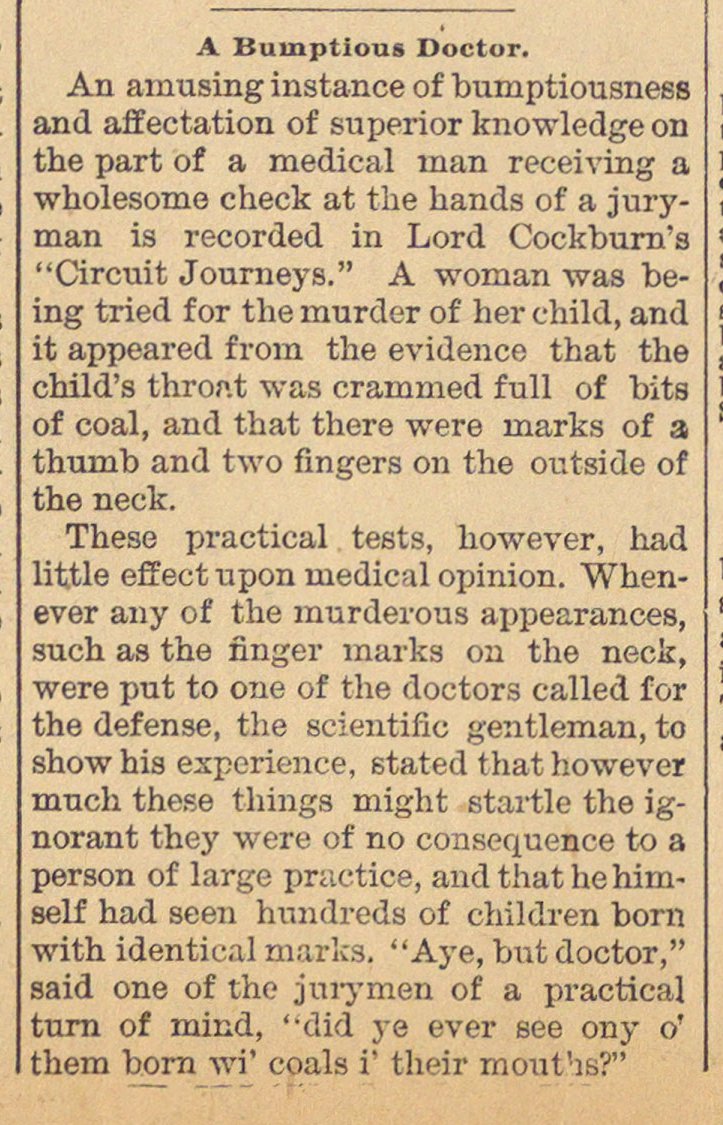 An amusmg mstance of bumptiousness and affectation of superior knowledge on the part of a medical man receiving a wholesome check at the hands of a juryman is recorded in Lord Cockburn's "Circuit Journeys." A woman was being tried for the murder of her child, and it appeared f rom the evidence that the child's throc.t was crammed full of bita of coal, and that there were inarks of 3 thumb and two fingers on the outside of the neck. These practical tests, however, had little effect upon medic:il opinión. Whenever any of the murderous ajjpearances, such as the ñnger marks on the neck, were put to one of the doctors called for the defense, the scientific gentleman, to show his expcrience, stated that however much these tlüngs might startle the ignorant they were of no consequence to a person of large practice, and that hehimself had seen hnndreds of children bom with identical marks, "Aye, but doctor," said one of the jurymen of a practical turn of inind, "did ye ever see ony o' them born wi' coals i' their mout'is?"