Friendship Between A Horse And A Dog 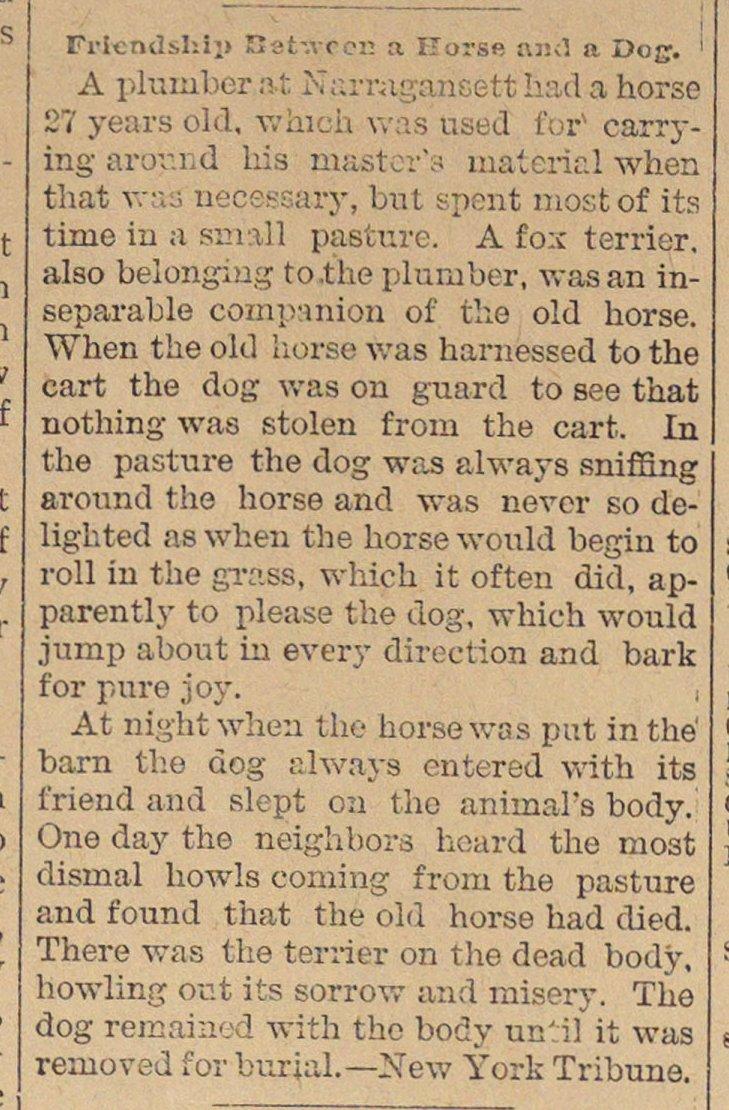 Apminbi isett liada horse 27 years old, which was useJ for1 carrying aror.i.d bis master'8 material when tliat v n ■■'-■ - ary, but spent mostof its time in a sm all pasture. A fox terrier, also belongiag to.the plumber, was au inseparable companion of the old horse. When the okl horse was harnessed to the cart the dog was on guard to see that nothing was stolen from the cart. In the pasture the dog was always snifflng aronnd the horse and was never so delighted as when the horse would begin to roll ín the grass, which it often did, apparently to please the dog, which would jump about in every direction and bark for pure joy. At nlght wheu the horse was put in the barn tb.o dog always entered with its friend and slept on the animal's body. One day the neighbors heard the most dismal howla coming from the pasture and found that the old horse had died. There was the terrier on the dead body, bowling oct its sorrow and misery. The dog remained with the body uc':il it was removed for