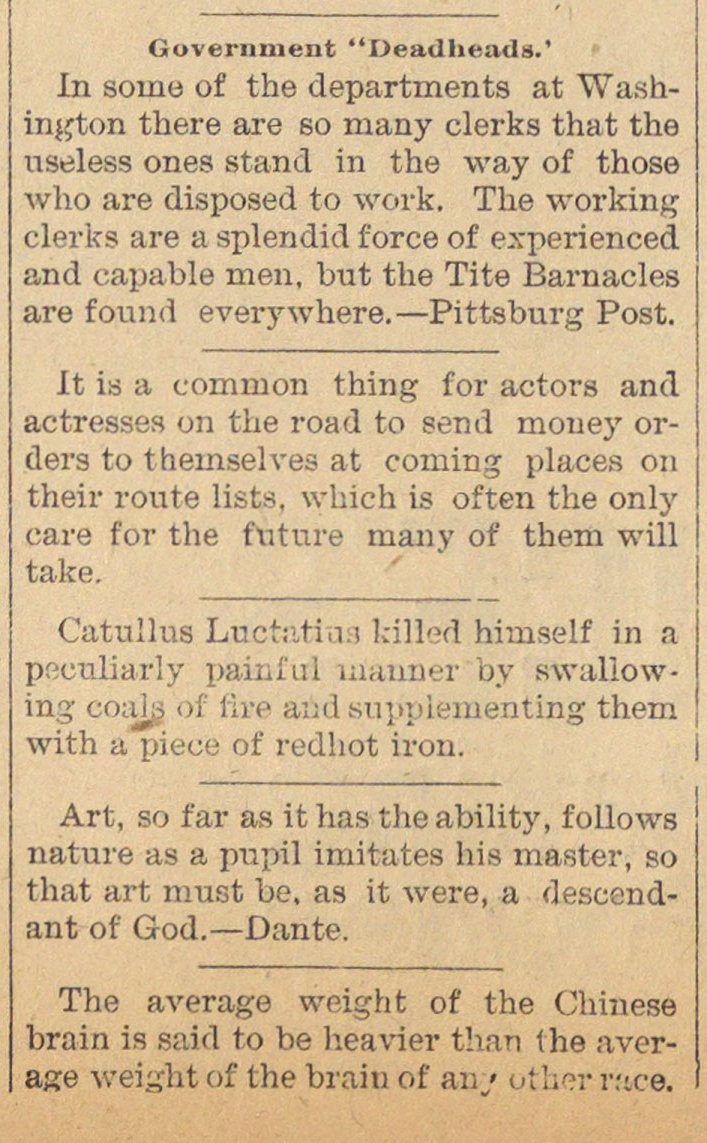 In somt) of the departments at Washington there are so many clerks that the useless ones stand in the way of those who are disposed to work. The working clerks are a splendid f orce of experienced and capable men, but the Tite Barnacles are found everywhere. - Pittsburg Post. it is a comnion thing foi actors and actresses on the road to send mouey orders to theinselves at coming places on their route lists, which is often the only care for the future many of them will take. Catullus Luctatias killed himself in n poeuliarly painiui manner by swaliowing co;y;, ui fire aüd supplementing them with a piece of redhot iron. Art, so far as it has theability, follows nature as a pupil imitates his master, so that art must be, as it were, a descendant of God. - Dante. The average weight of the Chinese brain is said to be heavier than (he average weightof the brain of aaj üther r;tce.