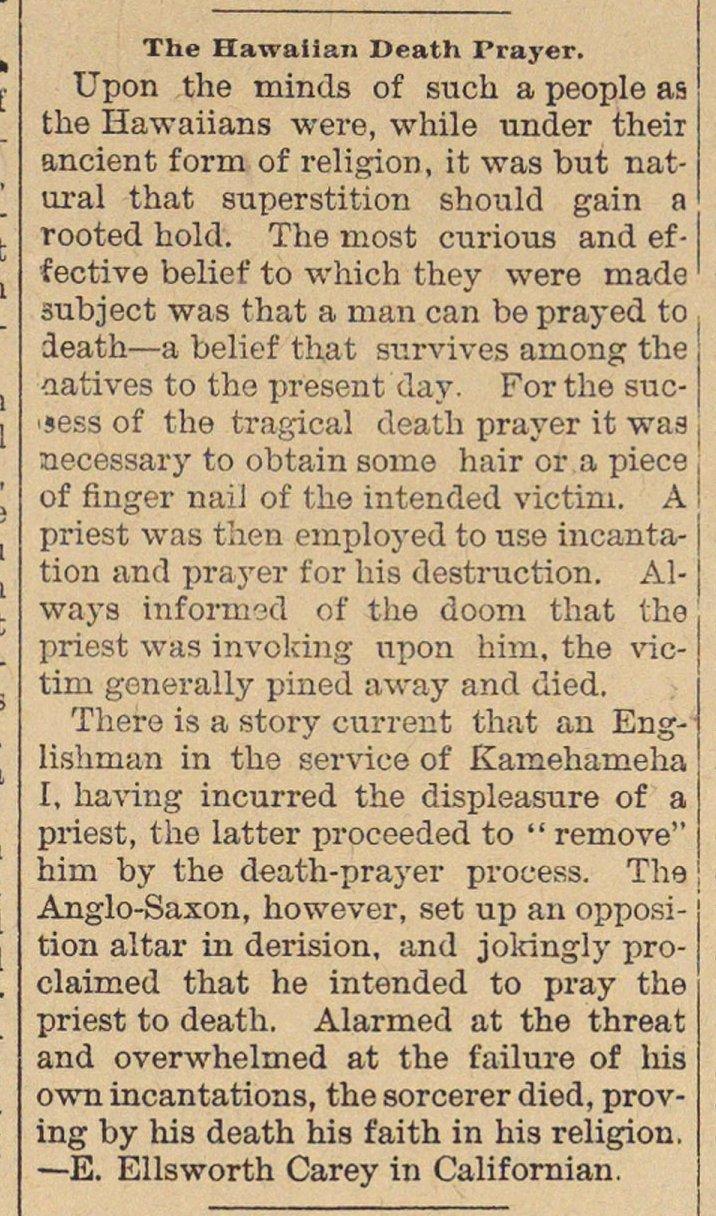 Upon the minds of such a people as the Hawaiians were, while under theii ancient form of religión, it was but natural that superstition should gain n rooted holcl. The most curious and effective belief to which they were made subject was that a man can be prayed to death - a belief that survives ainong the aatives to the present day. For the suc'jess of the tragical death prayer it was necessary to obtain some hair or a piece of finger naii of the intended victini. A priest was then employed to use incantation and prayer for bis destruction. Always informod of the doom that the priest was invoking upon hún, the victim generally pined away and died. There is a story current that an Englishman in the service of Kamehameha I, ha ving incurred the displeasure of a priest, the latter proceeded to "remove" him by the death-prayer process. The Anglo-Saxon, however, set up an opposition altar in derision, and jokingly proclaimed that he intended to pray the priest to death. Alarmed at the threat and overwhelmed at the failure of his own incantations, the sorcerer died, proving by his death his faith in his religión.