He Was His Own Grandfather 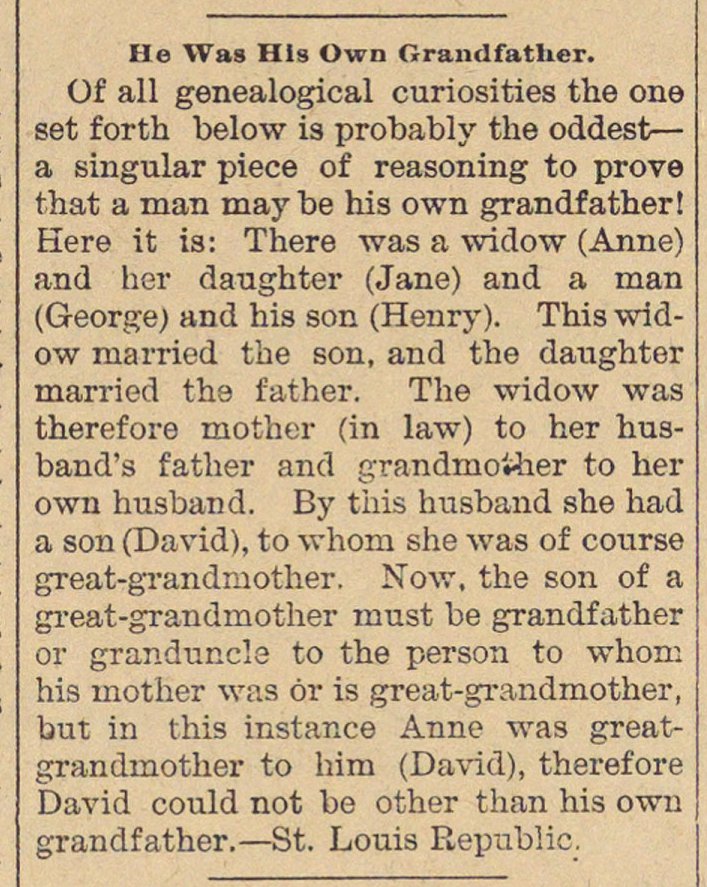 Üf all genealogical curiosities the one set forth below is probably the oddest - a singular piece of reasoning to prove that a man may be bis own grandfathert Kere it is: There was a widow (Anne) and her daughter (Jane) and a man (George) and his son (Henry). This widow niarried the son, and the daiighter married the father. The widow was therefore mother (in law) to her husband's father and grandmother to her own husband. By this hnsband she had a son (David), to whom she was of course great-gi-andmother. Now, the son of a great-grandmother must be grandfather or granduncle to the person to whom his mother was ór is great-grandmother, but in this instance Anne was greatgrandmother to him (David), therefore David could not be other than his own srrandfather.