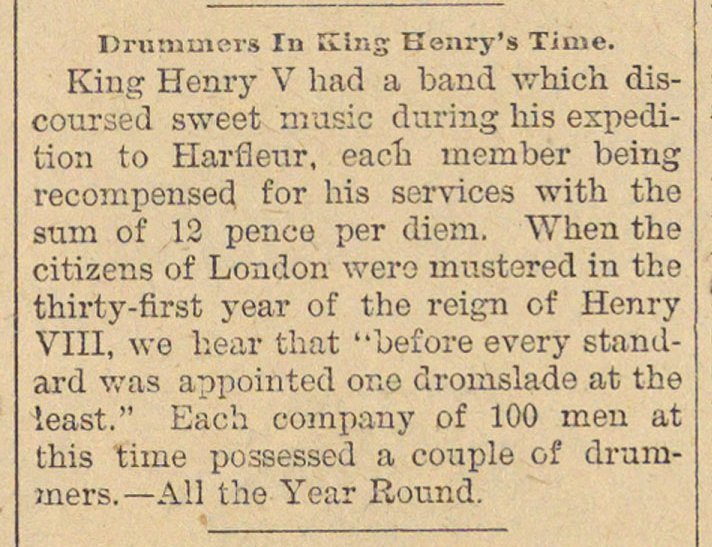 King Henry V had a band which discoursed sweet nmsic during his expedition to Harfleur, earti member being recompensed for his services with the sum of 12 penco per diem. When the citizens of London wero miistered in the thirty-first year of the reign of Henry VIII, we hear that ""bef ore every standard v,ras appointed ono dromslade at the least." Each oompany of 100 men at Ibis time uossessed a couüle of mers.