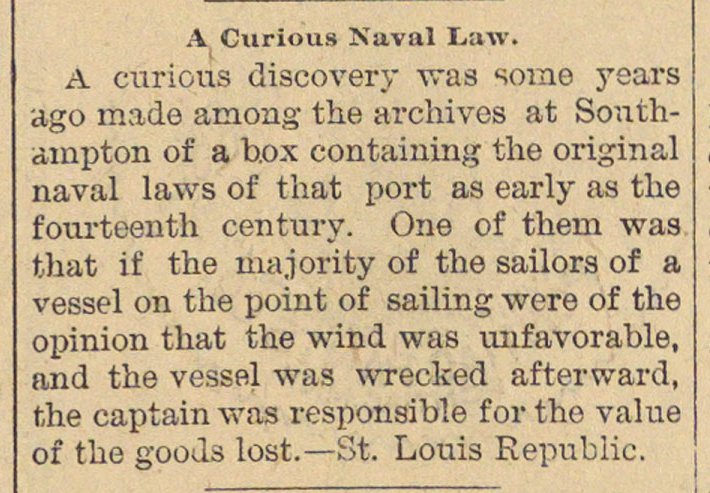 A curioufl discovery was somo years ago made among tlie archivos at Southampton of a b.ox containing the original naval laws of that port as early as the fourteenth century. One of thern was that if the majority of the sailors of a vessel on the point of sailing were of the opinión that the wind was unfavorable, and the vesssl was wrecked afterward, the captain was responsible for the value of the gooJs lost.