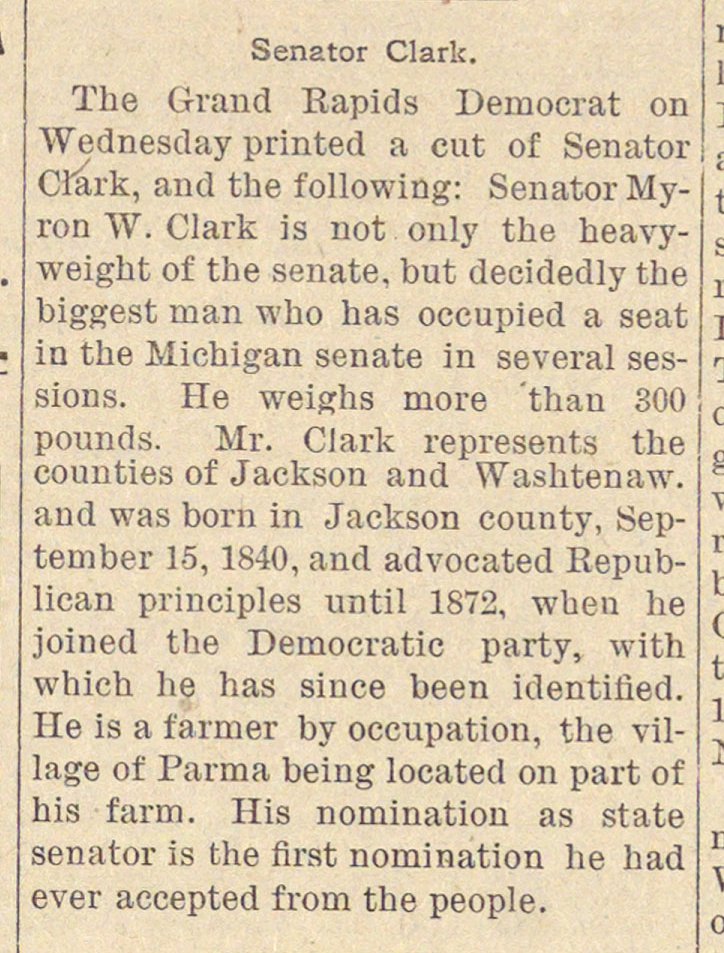 Ihe Grand Eapids Democrat on Wednesday printed a cut of Senator Cfark, and the following: Senator Myron AV. Clark is not only the heavyweight of the senate, but decidedly the biggest man who has occupied a seat in the Michigan senate in several sessions. He weighs more thau 300 ! pounds. Mr. Clark represents the counties of Jackson and Washtenaw. and was boni in Jaekson county, September 15, 1840, and advocated Republican principies until 1872, wtaen he joined the Democratie party, with which lie has since been identiiïed. He is a farmer by occupation, the village of Parma being located on part of his farm. His nomination as state senator is the first nomination he had ever accepted from the people.