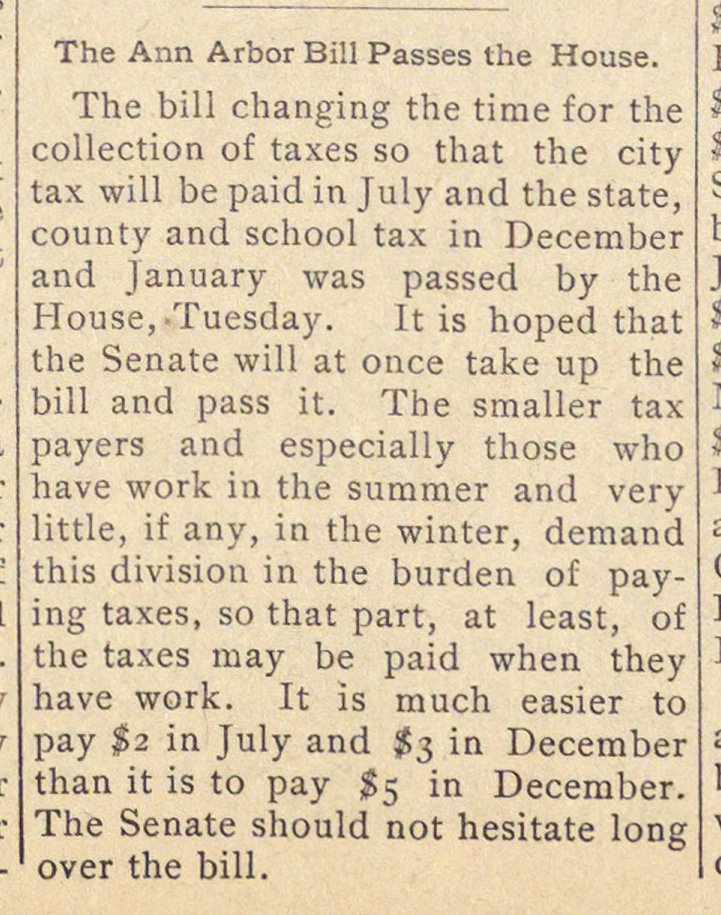 The bul changing the time for the collection of taxes so that the city tax will be paid in July and the state, county and school tax in December and January was passed by the House, -Tuesday. It is hoped that the Senate will at once take up the bill and pass it. The smaller tax payers and especially those who have work in the summer and very little, if any, in the winter, demand this división in the burden of paying taxes, so that part, at least, of the taxes may be paid when they have work. It is much easier to pay $2 in July and #3 in December than it is to pay $5 in December. The Senate should not hesitate long over the bill.