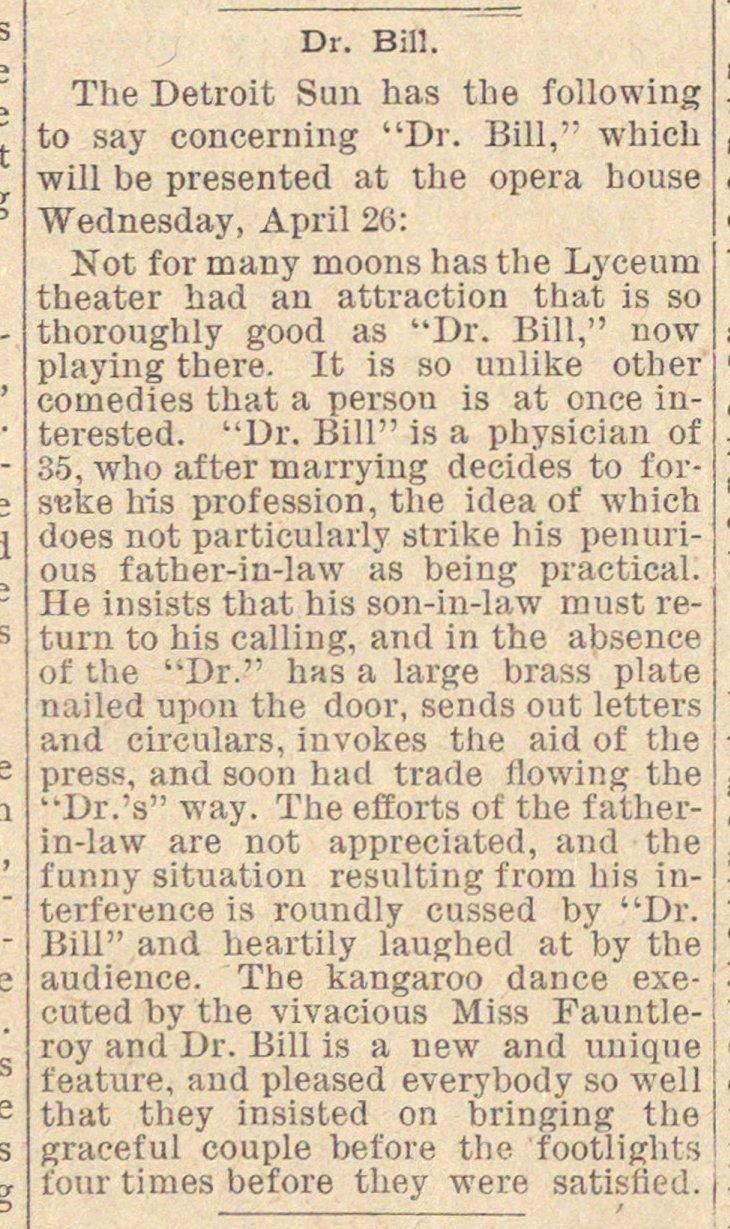 The Detroit Sun has the following to say concerning "Dr. Bill," whieh will be presented at the opera house Wednesday, April 26: Not for many moons has the Lyceum theater had au attraction that is so thoroughly good as "Dr. Bill," now playing there. It is so uulike other comedies that a person is at once interested. "Dr. Bill" is a physician of 35, who after marrying decides to forsuke Ms profession, the idea of which does not particularly strike his penurious father-in-law as being practical. He insists that his son-in-law must return to his calling, and in the absence of the "Dr." has a large brass plate nailed upon the door, sends out letters and circulars, invokes the aid of the press, and soon had trade ilowing the "Dr. 's" way. The efforts of the fatherin-law are not appreciated, and the i'unny situation resulting from his interference is roundly cussed by "Dr. Bill" and heartily laughed at by the audience. The ka_ngaroo dance executed by the yivacious Miss Fauntleroy and Dr. Bill is a new and unique feature, and pleased everybody so well that they insisted on bringing the graceful couple before the footjights tour times before they were satisiied.