Trouble Caused By A Semicolon 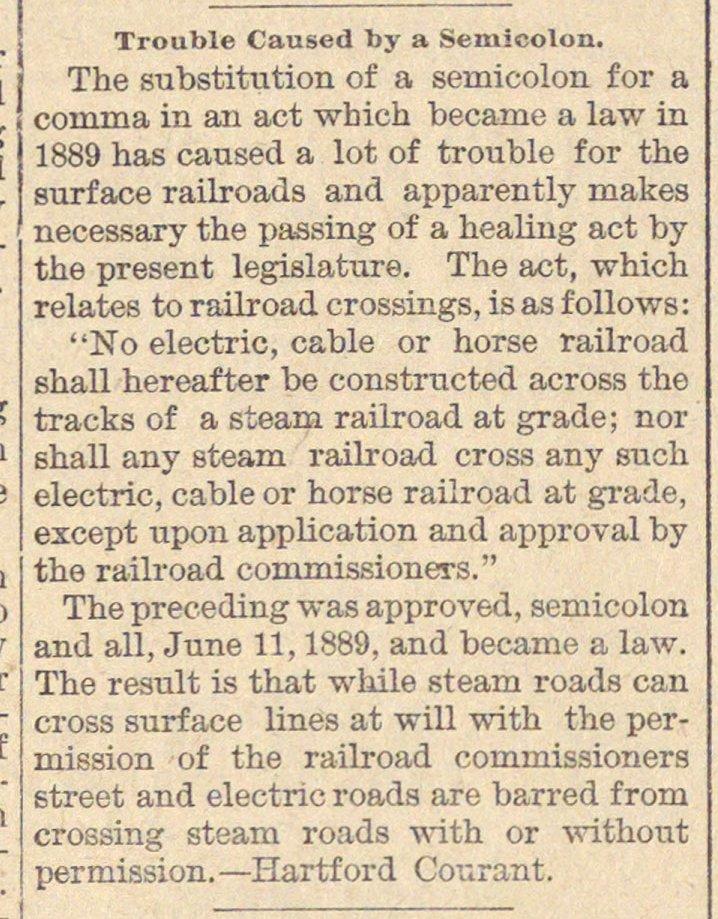 The substitution of a semicolon f or a coinma in an act which became a law in 1889 has caused a lot of trouble for the surface railroads and apparently makes necessary the passing of a healing act by the present legislature. The act, which relates to railroad crossings, is as follows: "No electric, cable or horse railroad shall hereafter be constrticted across the tracks of a steam railroad at grade; nor shall any steam railroad cross any such electric, cable or horse railroad at grade, except upon application and approval by the railroad commissioners." The preceding was approved, semicolon and all, June 11, 1889, and became a law. The result is that while steam roads can cross surface lines at will with the permission of the railroad commissioners street and electric roads are barred f rom crossinz steam roads with or without