The Carnation Is An Old Flower 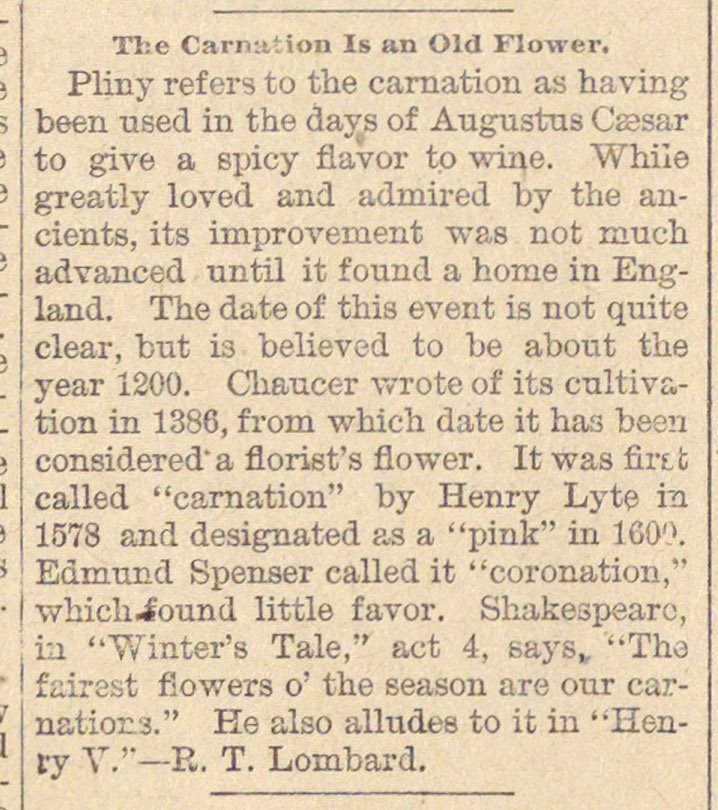 Pliny refera to the carnation as ha ving been used in the days of Augustus G'ssar to give a spicy fiavor tp wine. While greatly loved and admired by the ancients, its improvenient was not much advanced until it found a home in England. The date of this event is not quite clear, but is believed to be abotit the year 1200. Chaucc-r wrote of its cultivation in 1386, from whieh date it has been considered'a florist's flower. It was firtt called "carnation" by Henry Lyte m 1578 and designated as a "pink" in 1GOJ. Edmund Spenser called it "coronation," ! whichound little favor. Shakespeare, in "Winter's Tale," act 4, says "Tho I ñúrast fiowers o' the season are our carnatior3." Ee also alludes to it in ry