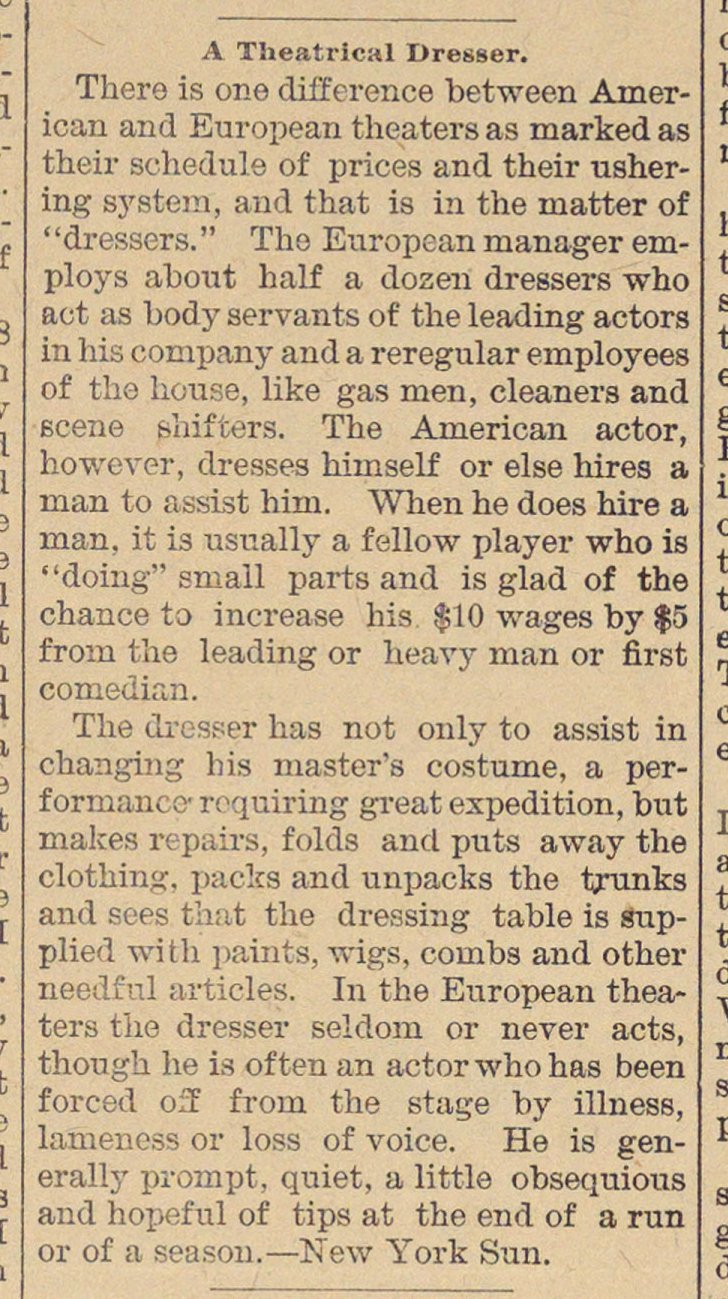 inero is one duïerence bet ween American and European theatersas markedas their schedule of prices and their ushering system, and that is ín the matter of "dressers." Tho European manager employs about half a dozen dressers who act as body servants of the leading actors in his company and a reregular employees of tho house, like gas men, cleaners and scène shif'cers. The American actor, however, dresses himself or else hires a man to assist him. When he does hire a man, it is usually a fellow player who is "doiug" small parts and is glad of the chance to increase his $10 wages by $5 from the leading or heavy man or first comedian. The dresser has not only to assist in changing his master's costume, a performance requiring great expedition, but makes repairs, folds and puts away the clothin;. packs and unpacks the trunks and fees that the dressing table is supplied with paints, wigs, combs and other needful articles. In the European theaters the dresser seldom or never acts, though he is of ten an actor who has been forced off from the stage by illness, lameness or loss of voice. He is generally prompt, quiet, a little obsequious and hopef ui of tips at the end of a run or of a seasou.