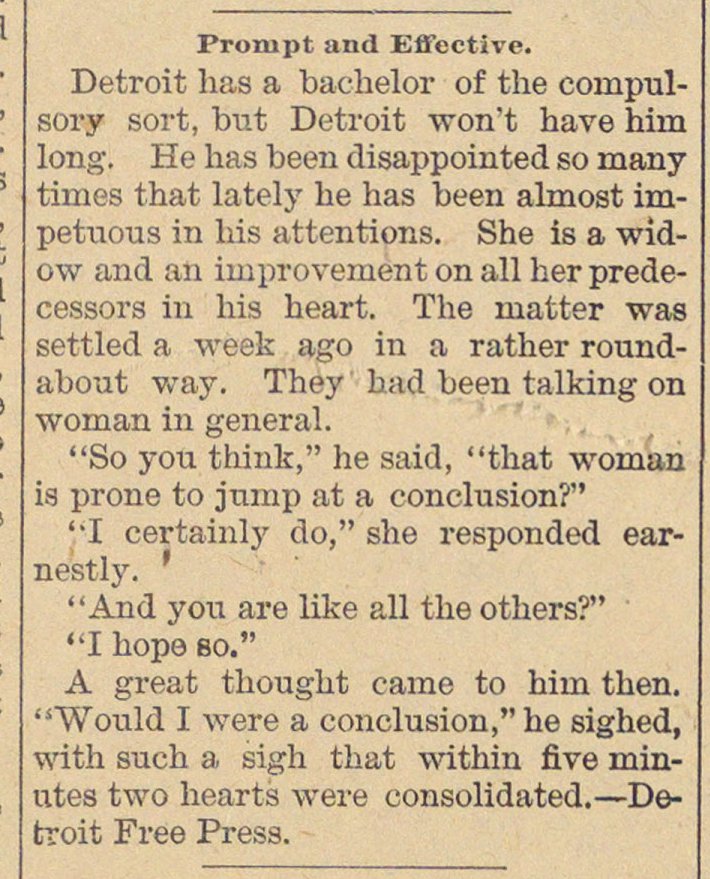 Detroit has a bachelor of the coinpulsory sort, but Detroit won't have him long. He has been disappointed so many times that lately he has been almost impetnous in his attentions. She is a widow and an iinprovement on all her predecessors ín his heart. The matter was settled a week ago in a rather roundabout way. They had been talking on woman in general. "So you think," he said, "that woman 8 prone to jnmp at a conclusión?" 'I certainty do," she responded earnestly. ' "And you are like all the others?" 'I hope 80." A great thought carne to him then. 'Would I were a conclusión," he sighed, with such a sigh that within five