From Riches To Abject Poverty 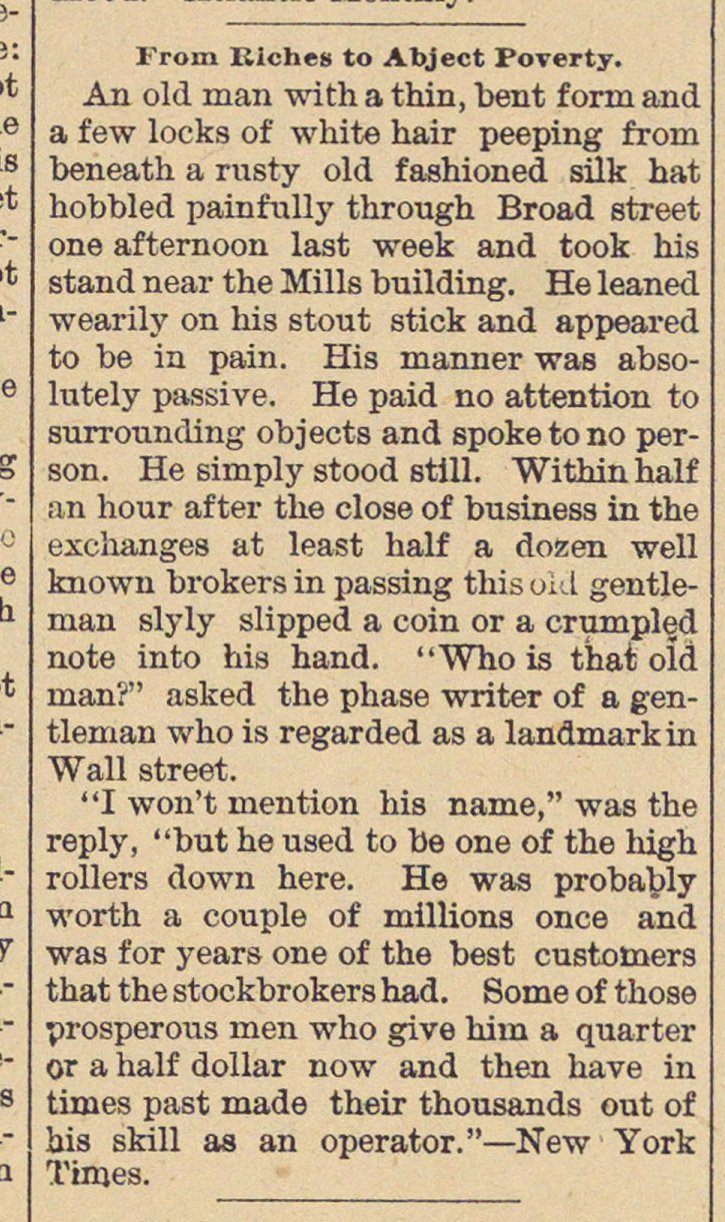 An oiu man wunatnin, Dent ronnana a few locks of white hair peeping from beneath a rusty old fashioned silk hat hobbled painfully through Broad street one afternoon last week and took his stand near the Mills building. He leaned wearily on liis stout stick and appeared to be in pain. His manner was absolutely passive. He paid no attention to surronnding objects and spoke to no person. He simply stood still. Witbin half an hour after the close of business in the exchanges at least half a dozen well known brokers in passing this oid gentleman slyly slipped a coin or a crumpled note into his hand. "Who is that oïd man?" asked the phase writer of a gentleman who is regarded as a landmark in Wall street. "I won't inention his name," was the reply, "but he used to be one of the high rollers down here. He was probably worth a couple of millions once and was for years one of the best customers that the stockbrokers had . Some of those prosperous men who give him a quarter or a half dollar now and then have in times past made their thousands out of