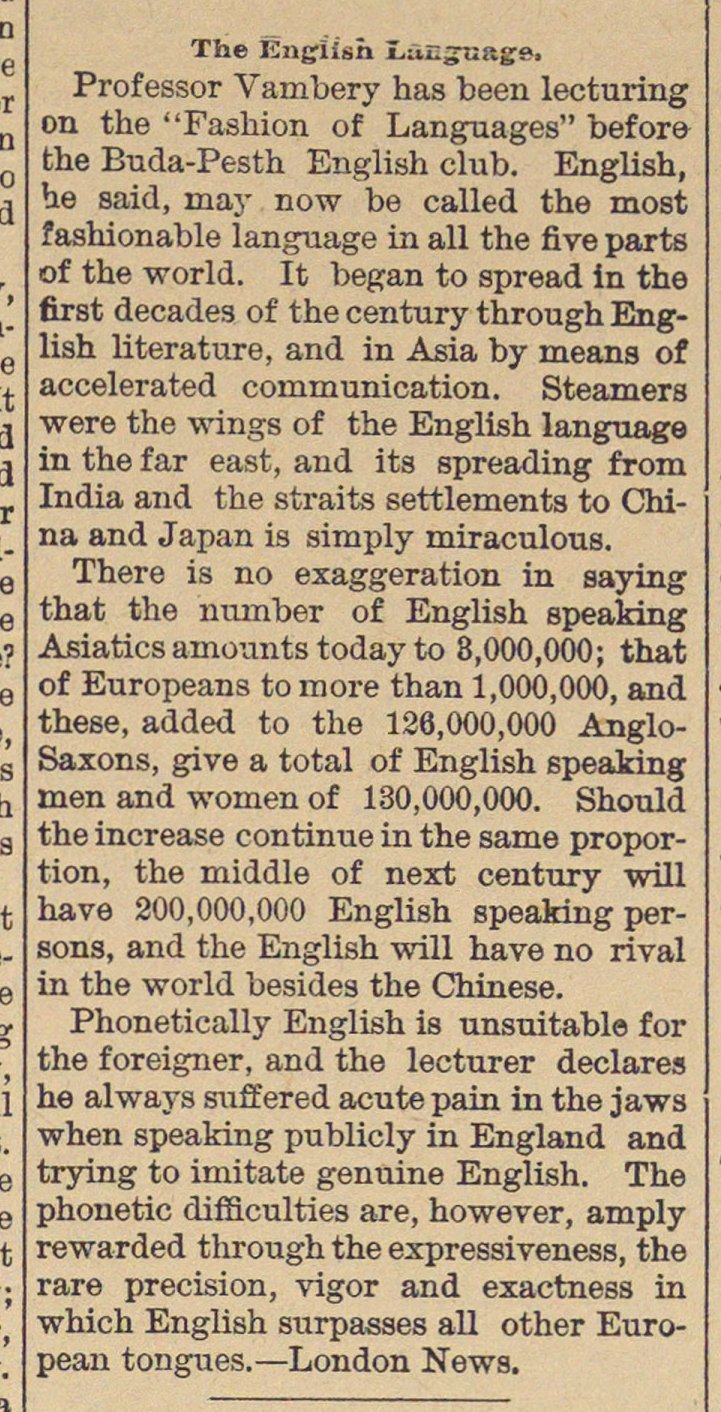 Professor Vambery has been leoturing on the "Fashion of Languages" bef orethe Buda-Pesth English club. English, he said, now be called the most fashionable language in all the five parts of the world. It began to spread in the first decades of the century through English literature, and in Asia by means of accelerated cornmunication. Steamers were the wings of the English language in the far east, and its spreading from India and the straits settlements to China and Japan is simply miraculous. There is no exaggeration in saying that the number oL English speaking Asiatics ainounts today to 8,000,000; that of Europeans tomore than 1,000,000, and these, added to the 126,000,000 AngloSaxons, give a total of English speaking men and women of 130,000,000. Should the increase continue in the same proportion, the middle of next century wül have 200,000,000 English speaking persons, and the English -will have no rival in the world besides the Chinese. Phonetically English is unsuitable for the foreigner, and the lecturer declares he always suff ered acute pain in the jaws when speaking publicly in England and trying to imítate genuine English. The phonetic difficulties are, however, amply rewarded through the expressiveness, the rare precisión, vigor and exactness in which English surpasses all other pean tongues