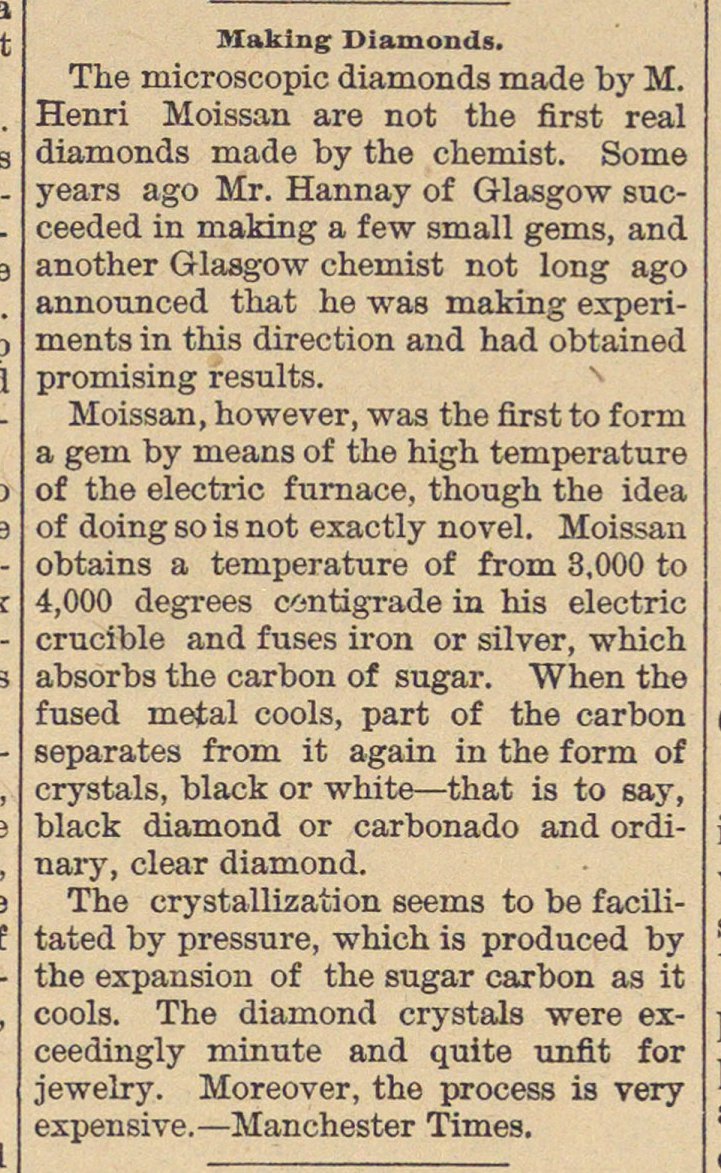 The microscopio diamonds made by M. Henri Moissan are not the first real diamonds made by the chemist. Some years ago Mr. Hannay of Glasgow succeeded in making a few small gems, and another Glasgow chemist not long ago announced that he was making experimenta in this direction and had obtained promising results. Moissan, however, was the first to form a gein by means of the high temperature of the electric furnace, though the idea of doing so is not exactly novel. Moissan obtains a temperature of from 3,000 to 4,000 degrees contigrade in bis electric crucible and fuses iron or silver, which absorbs the carbon of sugar. When the fused metal cools, part of the carbon separates from it again in the form of crystals, black or white - that is to say, black diamond or carbonado and ordinary, clear diamond. The crystallization Beems to be facilitated by pressure, which is produced by the expansión of the sugar carbon as it cools. The diamond crystals were exceedingly minute and quite unfit for jewelry. Moreover, the procesa is very