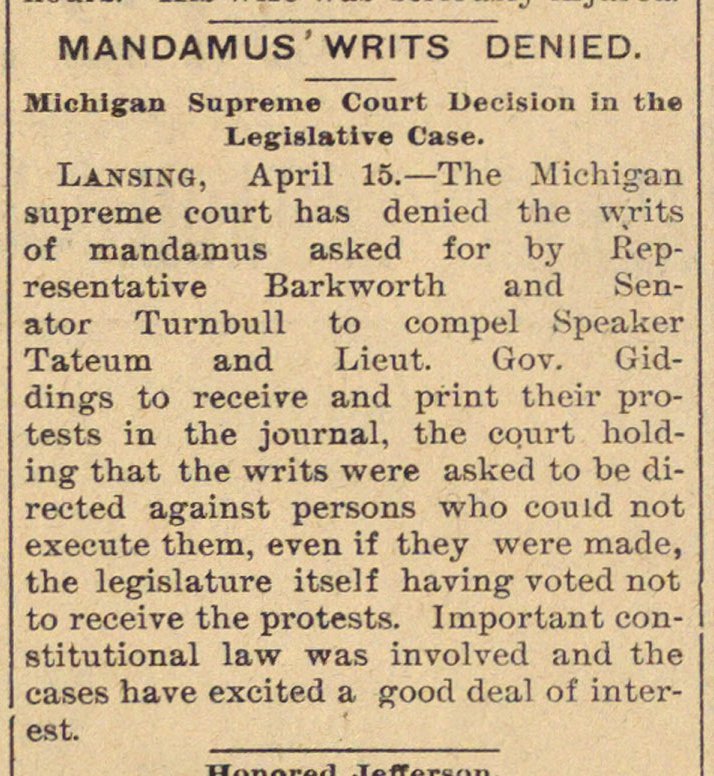 Lansisg, April 15. - The Michigan supreme court has denied the writs of mandamus asked for by Representative Barkworth and Senator Turnbull to corapel Speaker Tateum and Lieut. Gov. Giddings to receive and print their jjrotests in the Journal, the equrt holding that the writs were asked to be directed against persons who could not execute them, even if they were made, the legislature itself having voted not to receive the protests. Important constitutional law was involved and the cases have excited a good deal of interest.