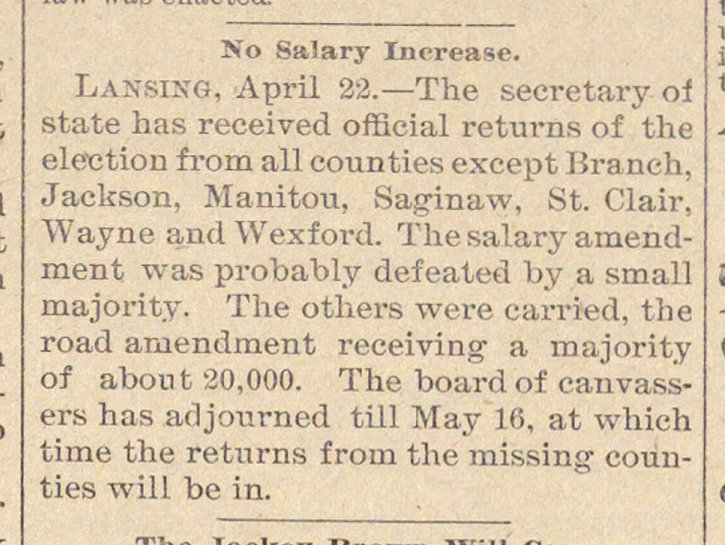 Laxkixo, April 22.- The secretary oi state has received official returns of the election trom all counties except Braneh, Jackson, Manitou, Saginaw, St. Clair, Wayne and Wexford. The salary amendment was probably defeated by a small majority. The others were carried, the road amendment reeeiving a majority of about 20,000. The board of canvassers has adjourned till May 16, at which time the returns f rom the missing counties will be in.