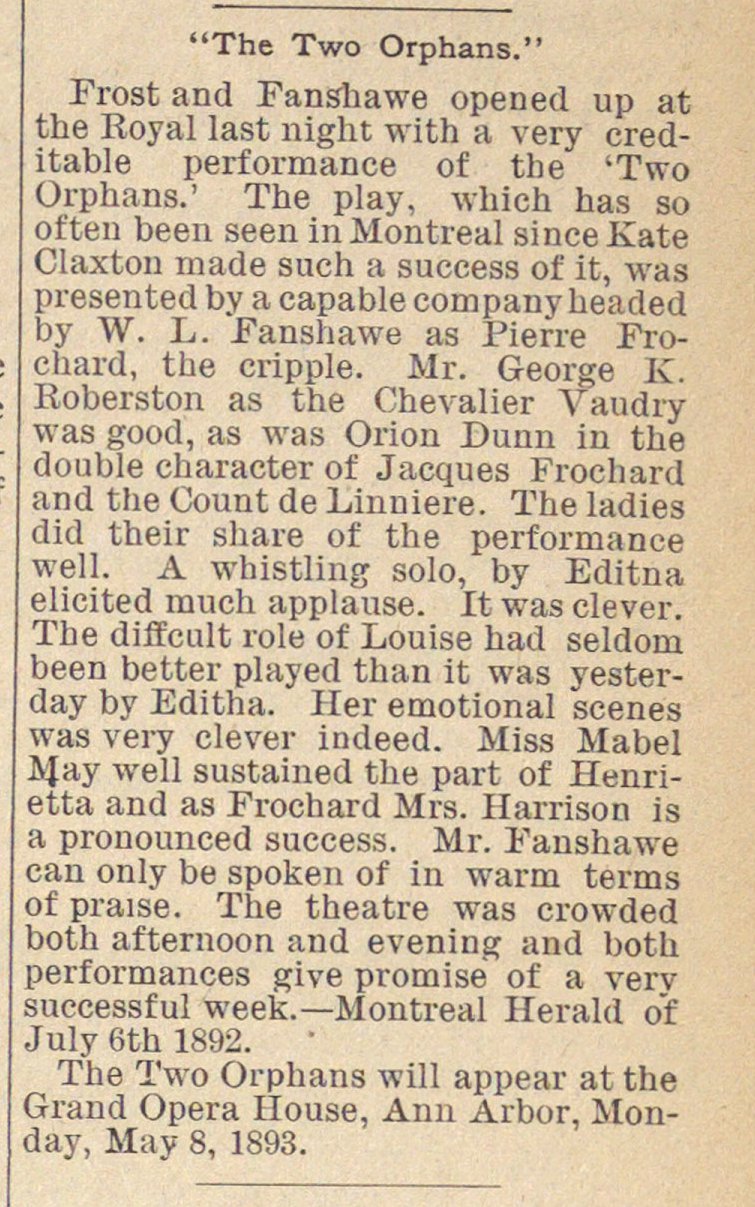 Prost and Fansliawe opened up at the Koyal last night with a very creditable performance of the 'Two Orphans.' The play, which has so of ten been seen in Montreal si nee Kate Claxton made such a success of it, was presented by a capable company headed by W. L. Fanshawe as Pierre Frochard, the cripple. Mr. George K. Koberston as the Chevalier Vaudry was good, as was Orion Dunn in the doublé character of Jacques Frochard and the Count de Linniere. The ladies did their share of the performance well. A whistling solo, by Editna elicited much applause. It was clever. The diffcult role of Louise had seldom been better played than it was yesterday by Editha. Her emotional scènes was very clever indeed. Miss Mabel May well sustained the part of Henrietta and as Frochard Mrs. Harrison is a pronounced success. Mr. Fanshawe can only be spoken of in warm terms of praise. The theatre was crowded both afternoon and evening and both performances give promise of a very successful week.- Montreal Herald of July 6th 1892. The Two Orphans will appear at the Grand Opera House, Ann Arbor, Monday, May 8, 1893.