Give Him Time To Develop 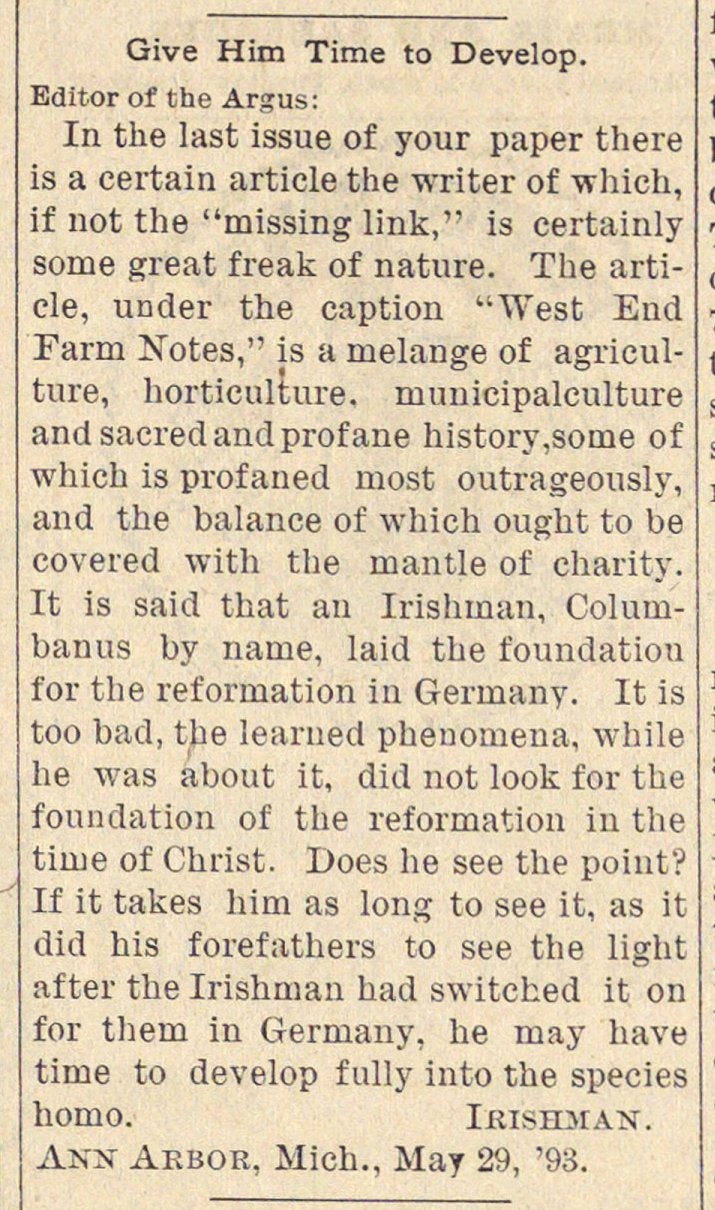 Editor of the Argus : In the last issue of your paper there s a certain article the writer of which, f not the "missing link," is certainly some great freak of nature. The article, under the caption "West End Farm ZSTotes," is a melange of agiïculture, horticulture. municipalculture and sacred and profane history,some of which is profaned most outrageously, in d the balance of which ought to be covered with the mantle of charity. t is said that an Irishman, Columbanus by name, laid the foundation for the reformation in Germany. It is oo bad, the learned phenomena, while ie was about it, did not look for the foundation of the reformation in the ;inie of Christ. Does he see the point'? If it takes him as long to see it, as it did his forefathers to see the light if ter the Irishman had switched it on :or them in Germany, he may have time to develop f ully into the species lomo. Ann Akbor, Micb., May 29, '93.