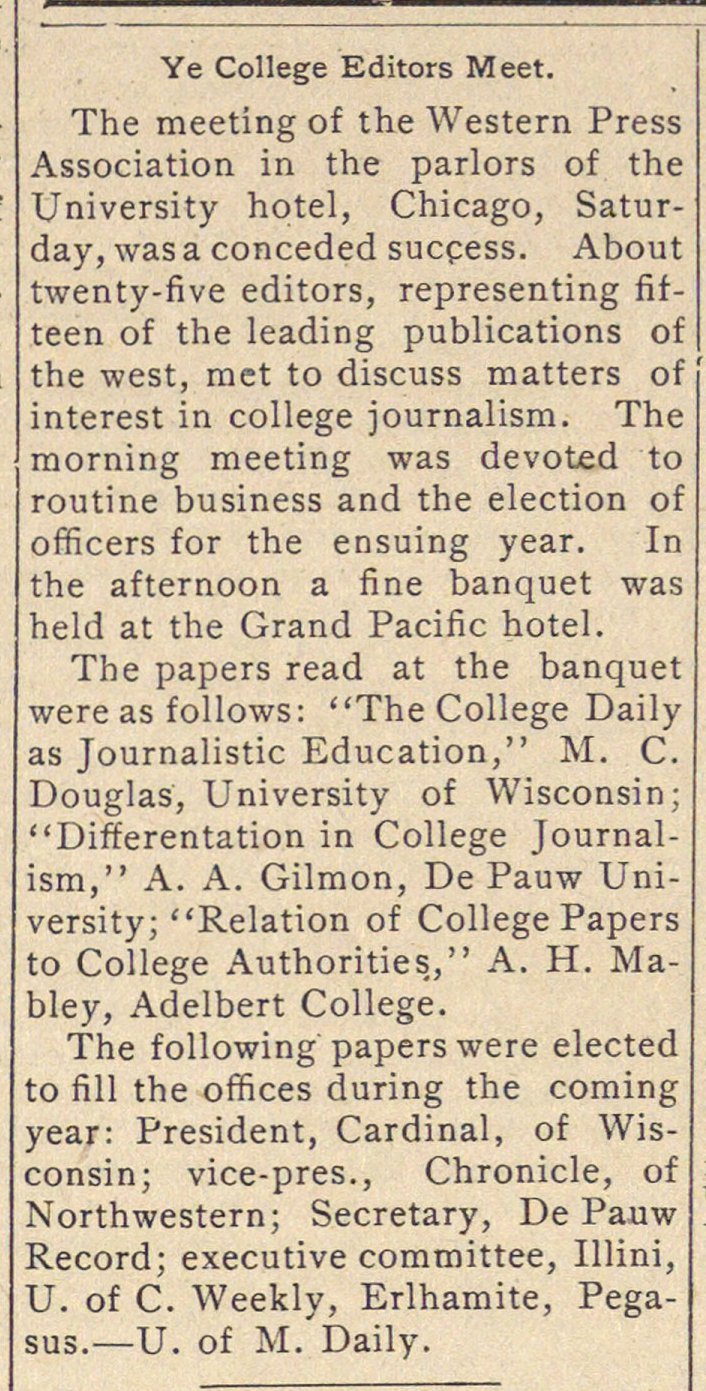 The meeting of the Western Press Association in the parlors of the University hotel, Chicago, Saturday, was a conceded success. About twenty-five editors, representing fifteen of the leading publications of the west, met to discuss matters of interest in college journalism. The morning meeting was devoted to routine business and the election of officers for the ensuing year. In the afternoon a fine banquet was held at the Grand Pacific hotel. The papers read at the banquet wereas follows: "The College Daily as Journalistic Education," M. C. Douglas, University of Wisconsin; 'Differentation in College Journalsm," A. A. Gilmon, De Pauw University; "Relation of College Papers to College Authorities," A. H. Majley, Adelbert College. The following papers were elected o fill the offices during the coming year: President, Cardinal, of Wisconsin; vice-pres., Chronicle, of Northwestern; Secretary, De Pauw Record; executive comtnittee, Illini, U. of C. Weeklv, Erlhamite,