A Priest Who Had Plenty Of Ivory 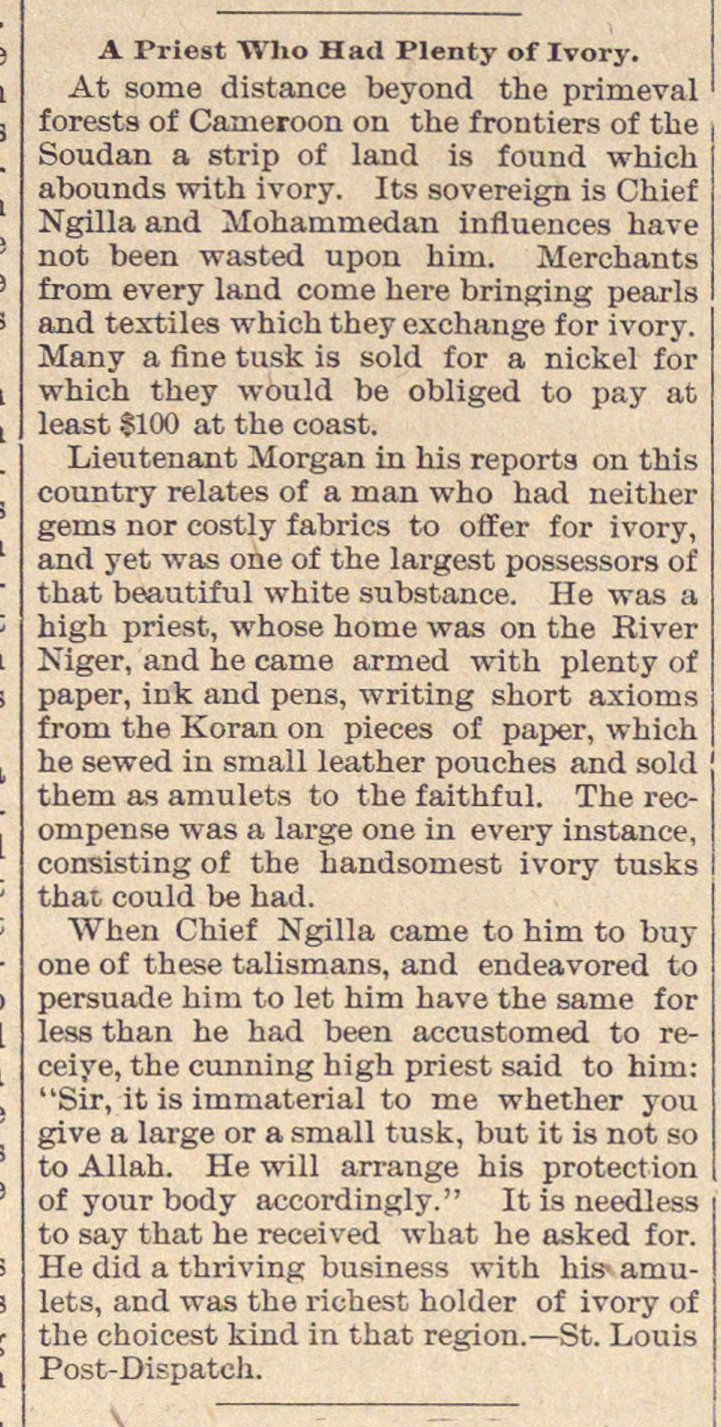 At some distance beyond the primeval forests of Cameroon on the frontiers of the Soudan a strip of land is found which abounds with ivory. lts sovereign is Chief Ngilla and Jlohanimedan influences have not been wasted upon him. Merchants from every laúd come here bringing pearls and textiles which they exchange for ivory. Many a fine tusk is sold for a nickel for which they would be obliged to pay at least $100 at the coast. Lieutenant Morgan in bis reporta on this country relates of a man who had neither gems nor costly fabrics to offer for ivory, and yet was one of the largest possessors of that beautiful white substance. He was a high priest, whose home was on the River Niger, and he carne armed with plenty of paper, ink and pens, writing short axioms from the Koran on pieces of paper, which he sewed in small leather pouches and sold them as amulets to the faithful. The recompense was a large one in every instance, consisting of the handsomest ivory tusks that could be had. When Chief Ngilla came to him to buy one of these talismans, and endeavored to persuade him to let him have the same for less than he had been accustomed to receiye, the cunning high priest said to him: "Sir, it is immaterial to me whether you give a large or a small tusk, but it is not so to Allah. He will arrange his protection of your body accordingly . " It is needless to say that he received what he asked for. He did a thriving business with amulets, and was the richest holder of ivory of the choicest kind in that región.