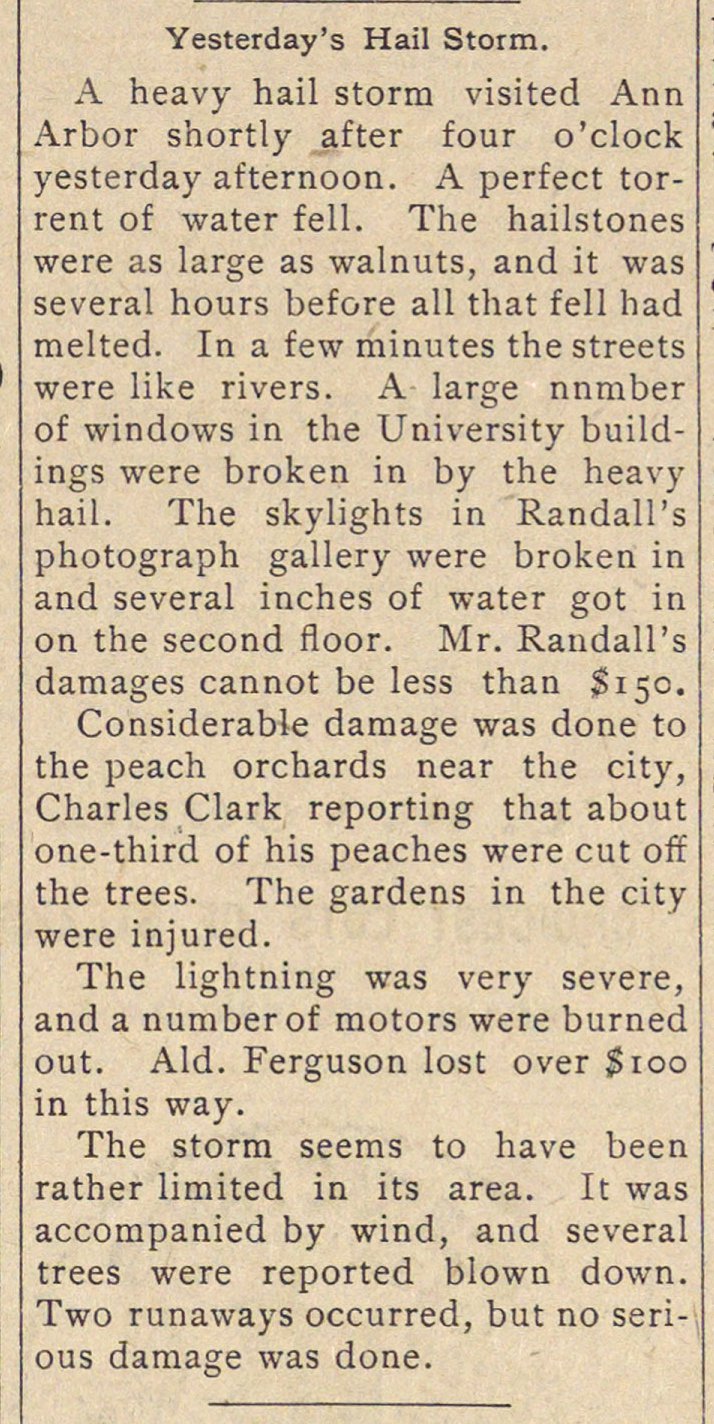 A heavy hail storm visited Ann Arbor shortly af ter four o'clock yesterday afternoon. A perfect torrent of water feil. The hailstones were as large as walnuts, and it was several hours before all that feil had melted. In a few minutes the streets were like rivers. A large nnmber of windows in the University buildings were broken in by the heavy hail. The skylights in Randall's photograph gallery were broken in and several inches of water got in on the second floor. Mr. Randall's damages cannot be less than $150. Considerable damage was done to the peach orchards near the city, Charles Clark reporting that about one-third of his peaches were cut off the trees. The gardens in the city were injured. The lightning was very severe, and a numberof motors were burned out. Aid. Ferguson lost over $100 in this way. The storm seems to have been rather limited in its area. It was accompanied by wind, and several trees were reported blown down. Two runaways occurred, but no serious damage was done.