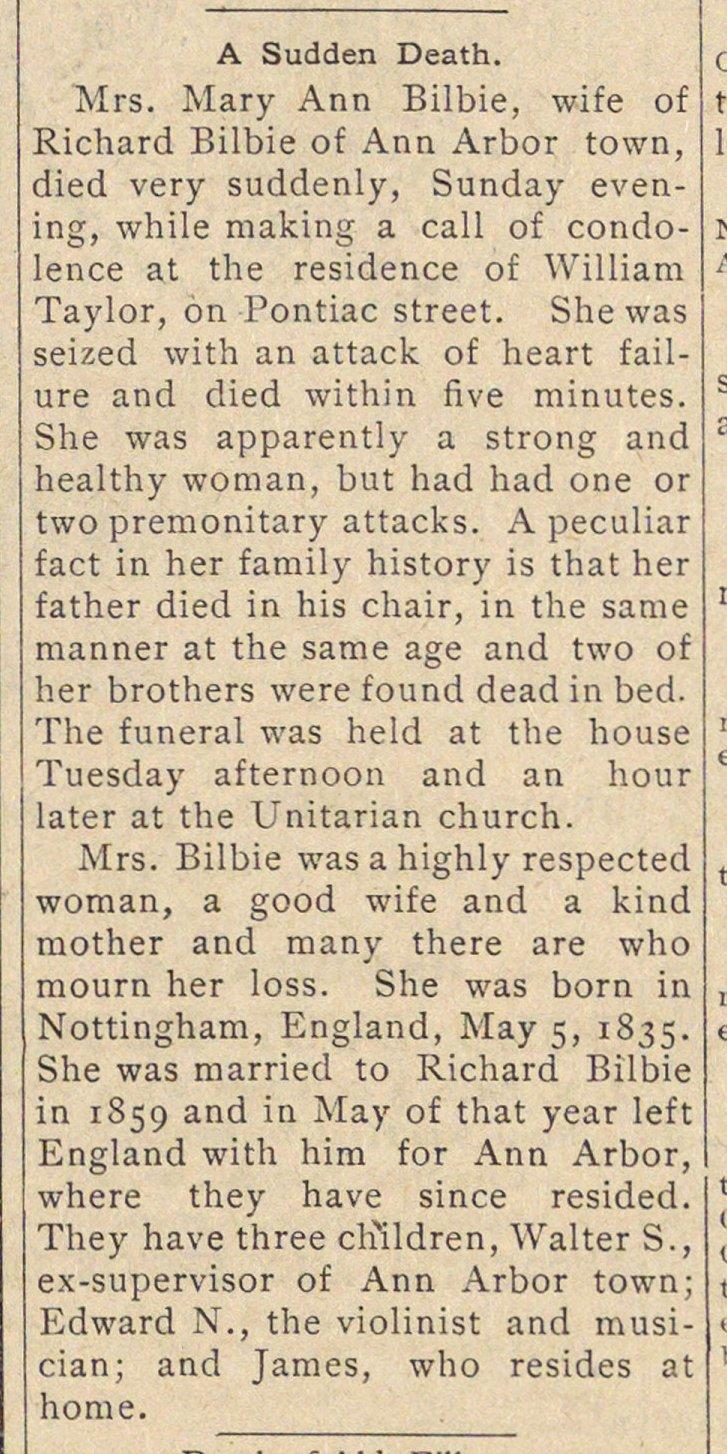 Mrs. Mary Ann Bilbie, wife of Richard Bilbie of Ann Arbor town, died very suddenly, Sunday evening, while making a cali of condoIence at the residence of William Taylor, ón Pontiac street. She was seized with an attack of heart failure and died within five minutes. She was apparently a strong and healthy woman, but had had one or two premonitary attacks. A peculiar fact in her family history is that her father died in his chair, in the same manner at the same age and two of her brothers were found dead in bed. The funeral was held at the house Tuesday afternoon and an hour later at the Unitarian church. Mrs. Bilbie was a highly respected woman, a good wife and a kind mother and many there are who mourn her loss. She was born in Nottingham, England, May 5, 1835. She was marriecl to Richard Bilbie in 1859 and in May of that year left England with him for Ann Arbor, where they have since resided. They have three cli'ildren, Walter S., ex-supervisor of Ann Arbor town; Edward N., the violinist and musician; and James, who resides at home.