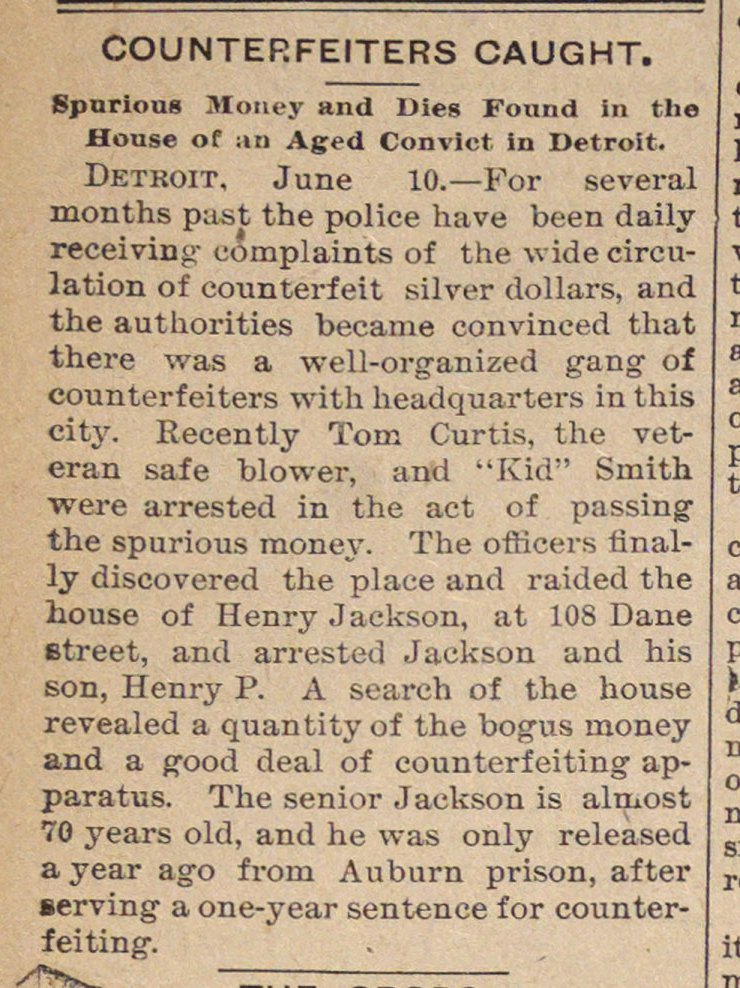 Detkoit, June 10.- For several months pust the pólice have been daily receivinjr eomplaints of the wide circulation of eounterfeit silver dollars, and the authorities became convinced that there was a well-organized gang of counterfeiters with headquarters in this city. Recently Tom Curtis, the veteran safe blower, umi "Kid" Smith were arrested in the act of passing the spurious money. The ofiicers tinally discovered the place and raided the house of Henry Jaekson, at 108 Dane Btreet, and arrested Jaekson and his son, Henry P. A search of the house revealed a quantity of the bogus money and a good deal of counterfeiting apparatus. The senior Jaekson is almost 70 years oíd, and he was only released ayear ago frorn Auburn prison, after ■erving a one-year sentence for counterfeiting.