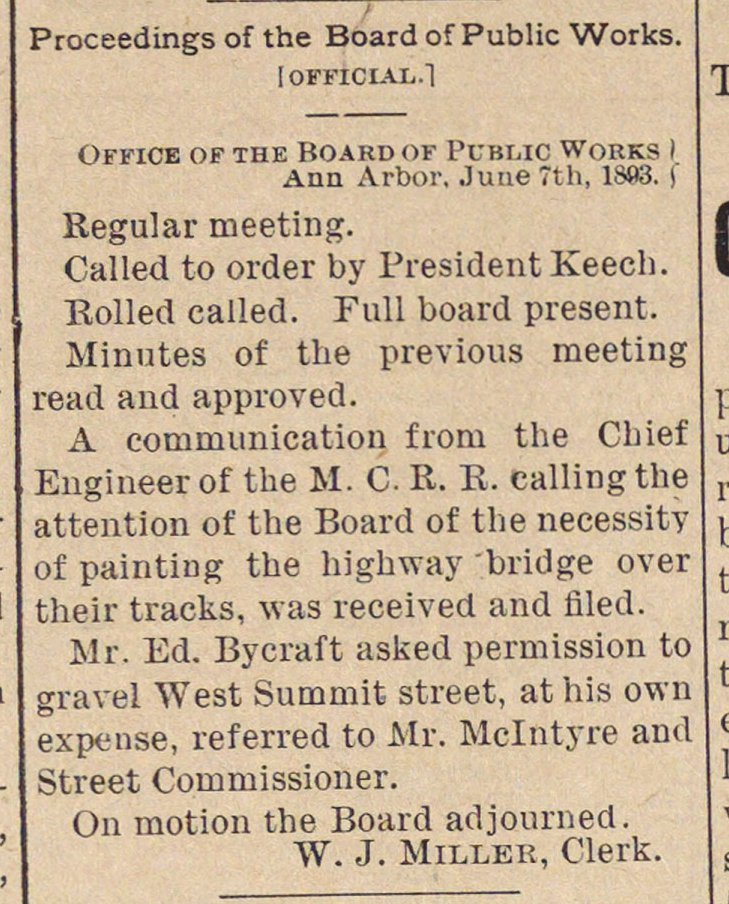 [OFFICIAL. I Office of the Board of Public Works I Ann Arbor. June "tli, 1803. ) Regular meeting. Called to order by President Keech. Bolled called. Full board present. Minutes of the previous meeting read and approved. A cotnmunication from the Cbief Engineer of the M. C. R. R. callingthe attention of the Board of the necessity of painting the highway bridge over their tracks, was received and filed. Mr. Ed. Bycraft asked permission to gravel West Summit street, at his own expense, referred to Mr. Mclntyre and Street Commissioner. On motion the Board adiourned.