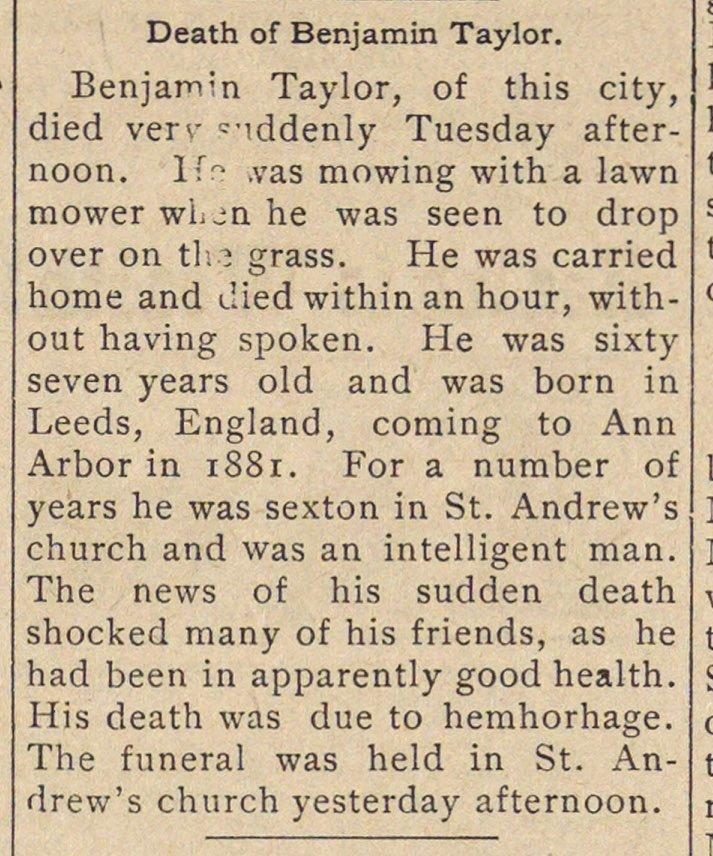 Benjamin Taylor, of this city, died verr -iddenly Tuesday afternoon. 1! .vas mowing with a lawn mower wijn he was seen to drop over on tl: ? grass. He was carried home and c'.ied withinan hour, without having spoken. He was sixty seven years old and was born in Leeds, England, coming to Ann Arbor in i88r. For a number of years he was sexton in St. Andrew's church and was an intelligent man. The news of his sudden death shocked many of his friends, as he bad been in apparently good health. His death was due to hemhorhage. The funeral was held in St. Andrew's church yesterday afternoon.