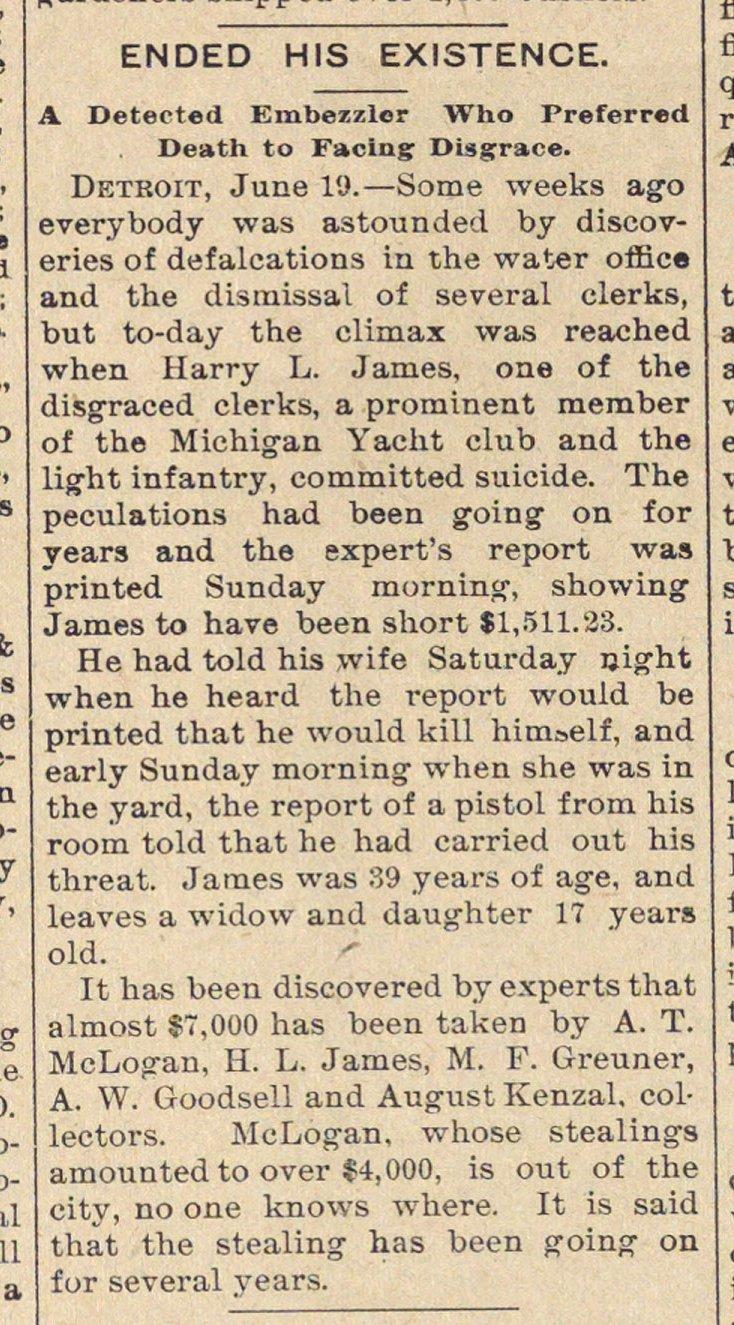 Detroit, June 19. - Some weeks ago everybody was astounded by discoveries of defalcations in the water ornea and the dismissal of several clerks, aut to-day the climax was reached when Harry L. James, one of the disgraced clerks, a prominent member of the Michigan Yacht club and the light infantry, committed suicide. The peculations had been going on for vears and the expert's report was printed Sunday morning, showing James to have been short $1,511.23. He had told his wife Saturday night when he heard the report would be printed that he would kill himelf, and early Sunday morning when she was in the yard, the report of a pistol from his room told that he had carried out his threat. James was 39 years of age, and leaves a widow and daughter 17 years old. It has been discovered by experts that almost $7,0ü0 has been taken by A. T. McLogan, H. L. James, M. F. Greuner, A. W. Goodsell and August Kenzal, collectors. McLogan, whose stealings amountedto over $4,000, is out of the city, no one knows where. It is said that the stealing has been going on for several years.