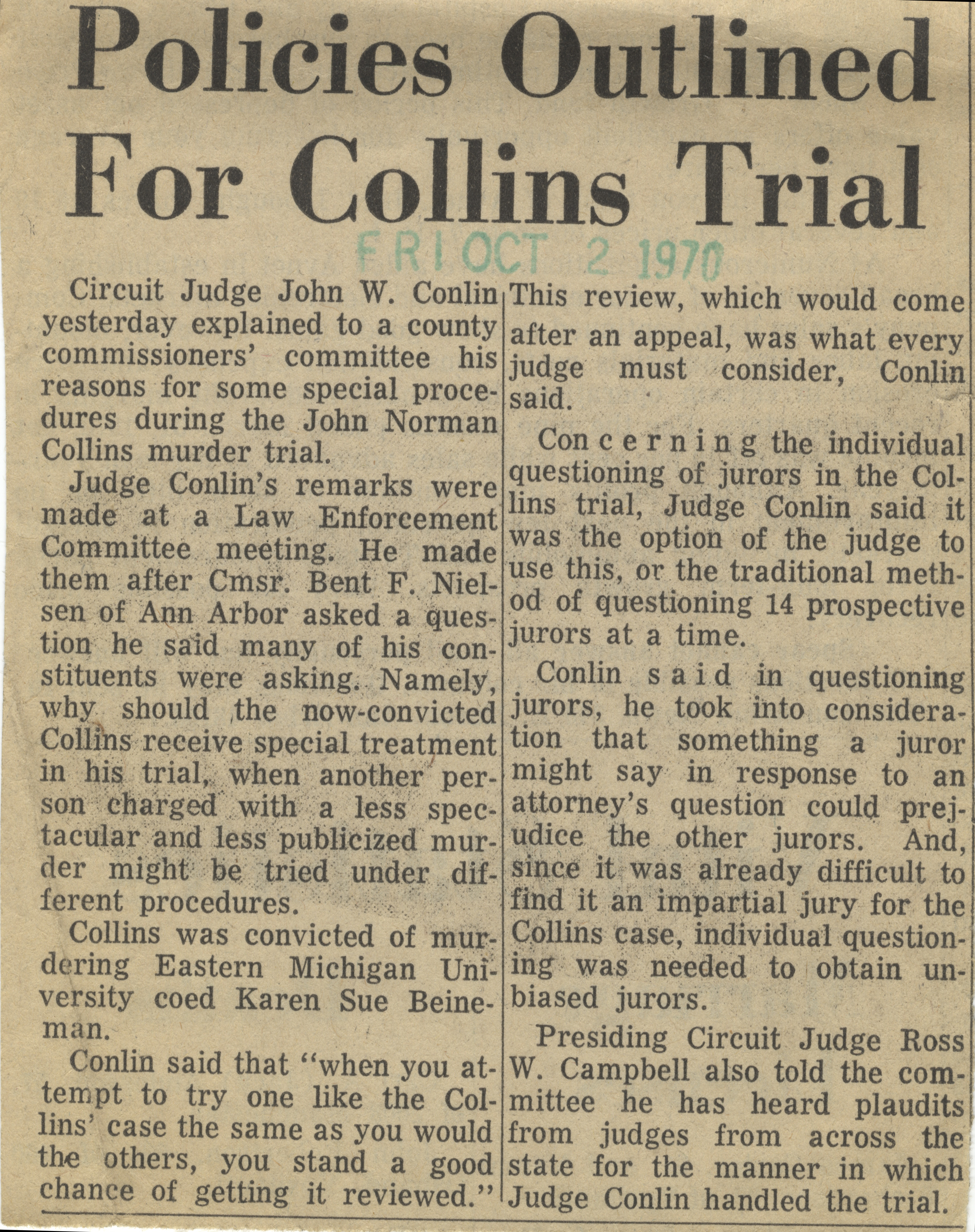 Judge Conlin’s remarks were made at a Law Enforcement Committee meeting. He made them after Cmsr. Bent F. Nielsen of Ann Arbor asked a question he said many of his constituents were asking. Namely, why should the now-convicted Collins receive special treatment in his trial, when another person charged with a less spectacular and less publicized murder might be tried under different procedures.

Conlin said that “when you attempt to try one like the Collins’ case the same as you would the others, you stand a good chance of getting it reviewed.”

This review, which would come after an appeal, was what every judge must consider, Conlin said.

Concerning the individual questioning of jurors in the Collins trial, Judge Conlin said it was the option of the judge to use this, or the traditional method of questioning 14 prospective jurors at a time.

Conlin said in questioning jurors, he took into consideration that something a juror might say in response to an attorney’s question could prejudice the other jurors. And, since it was already difficult to find it an impartial jury for the Collins case, individual questioning was needed to obtain unbiased jurors.

Presiding Circuit Judge Ross W. Campbell also told the committee he has heard plaudits from judges from across the state for the manner in which Judge Conlin handled the trial.