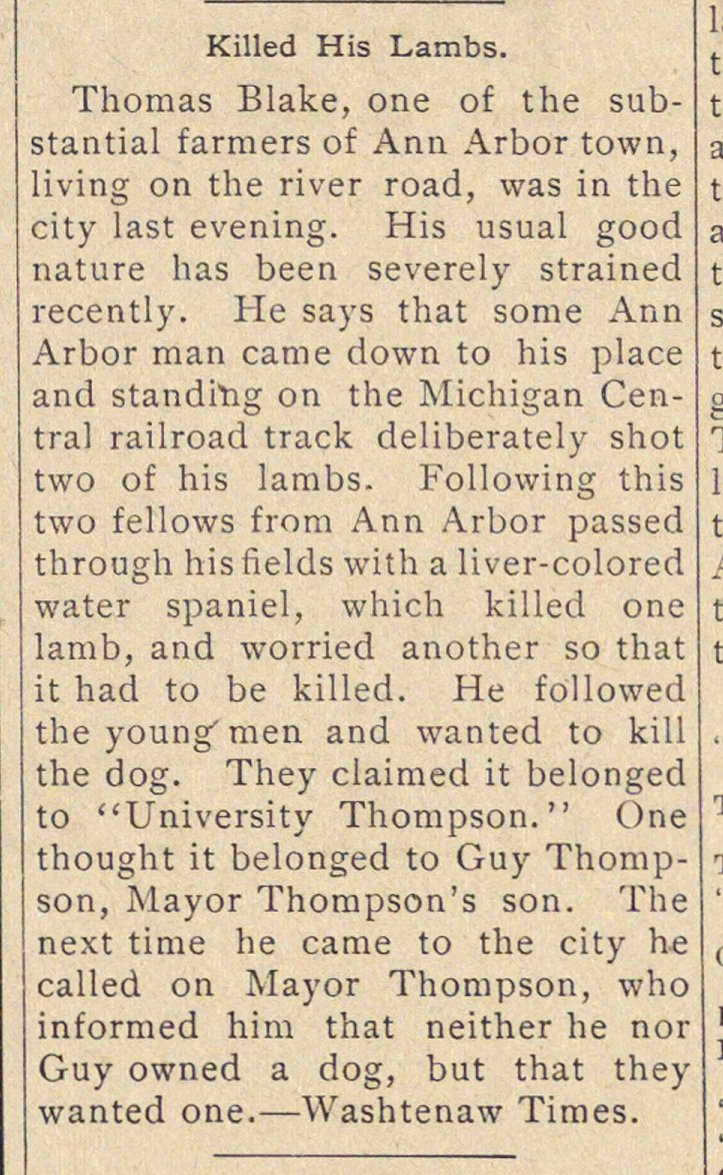 Thomas Blake, one of the substantial farmers of Ann Arbor town, living on the river road, was in the city last evening. His usual good nature has been severely strained recently. He says that some Ann Arbor man came down to his place and standirig on the Michigan Central railroad track deliberately shot two of his lambs. Following this two fellows f rom Ann Arbor passed through his fields with a liver-colored water spaniel, which killed one lamb, and worried another so that it had to be killed. He followed the young'men and wanted to kill the dog. They claimed it belonged to "University Thompson." One thought it belonged to Guy Thompson, Mayor Thompson's son. The next time he came to the city he called on Mayor Thompson, who nformed him that neither he nor j-uy owned a dog, but that they wanted one.-