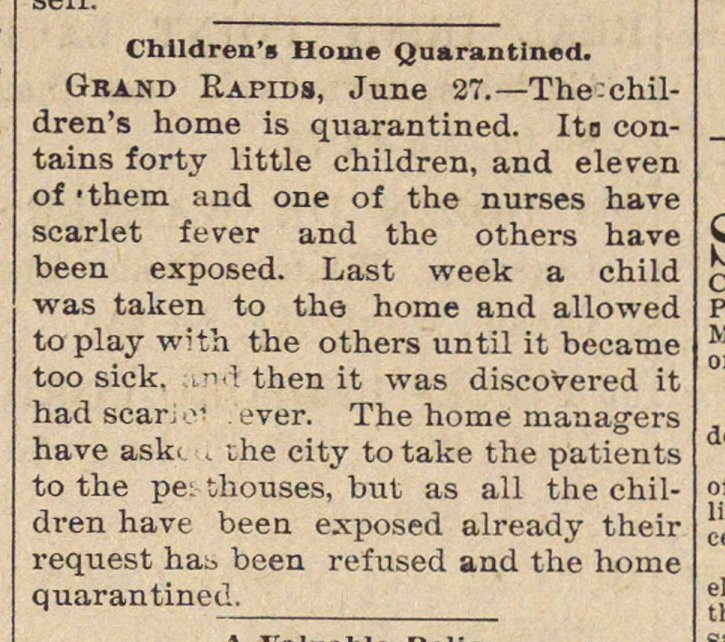 Grand Rapids, June 27.- The:children's home is quarantined. Ito contains forty little children, and eieren of -them and one of the nurses have scarlet fever and the others have been exposed. Last week a child was taken to the home and allowed to play wit'a the others until it became too sick. 'i.Ithenit was discovered it had scarj.y ever. The home managers have askt i ihe city to take the patients to the pe; thouses, bul as all the children have been exposed already their request haa been refused and the home quarantined.