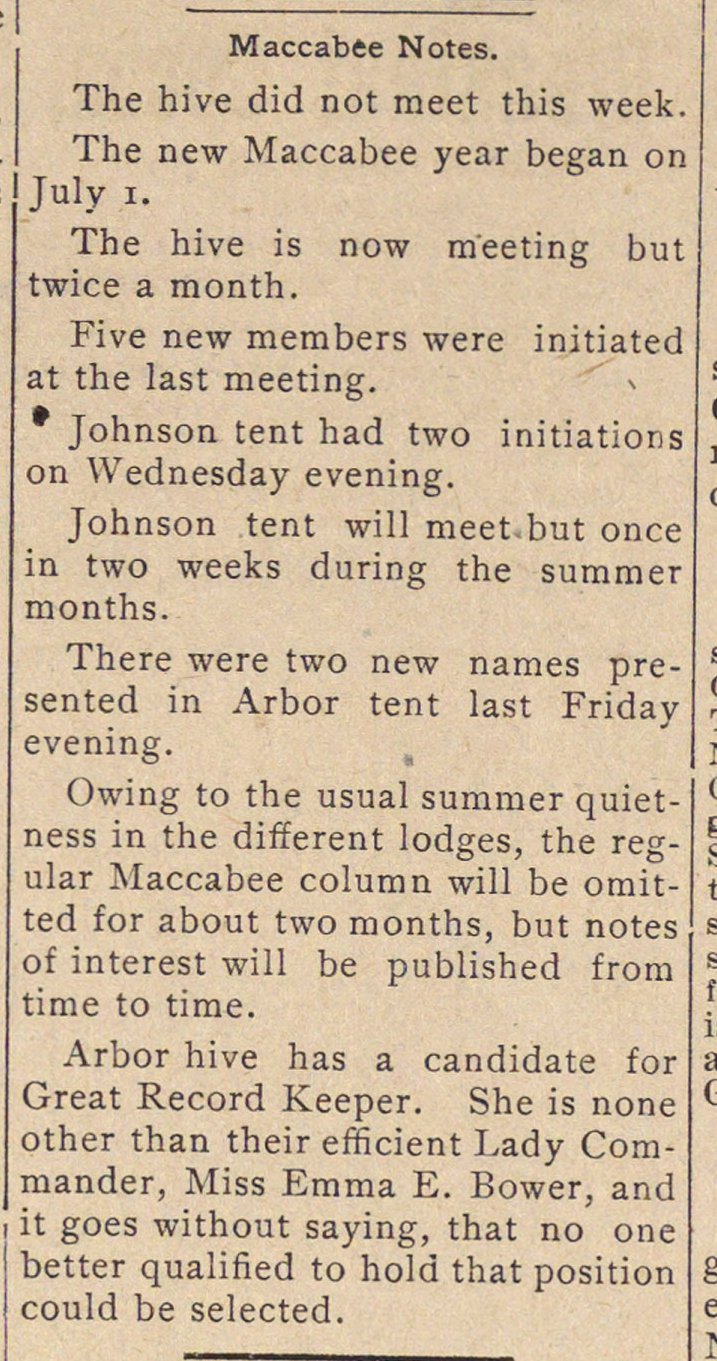 The hive did not meet this week. The new Maccabee year began on July i. The hive is now meeting but twice a month. Five new members were initiated at the last meeting. Johnson tent had two initiations on Wednesday evening. Johnson tent will meet. but once in two weeks during the summer months. There were two new names presented in Arbor tent last Friday evening. Owing to the usual summer quietness in the different lodges, the regular Maccabee column will be omitted for about two months, but notes of interest will be published from time to time. Arbor hive has a candidate for Great Record Keeper. She is none other than their efficiënt Lady Commander, Miss Emma E. Bower, and it goes without saying, that no one better qualified to hold that position could be selected.