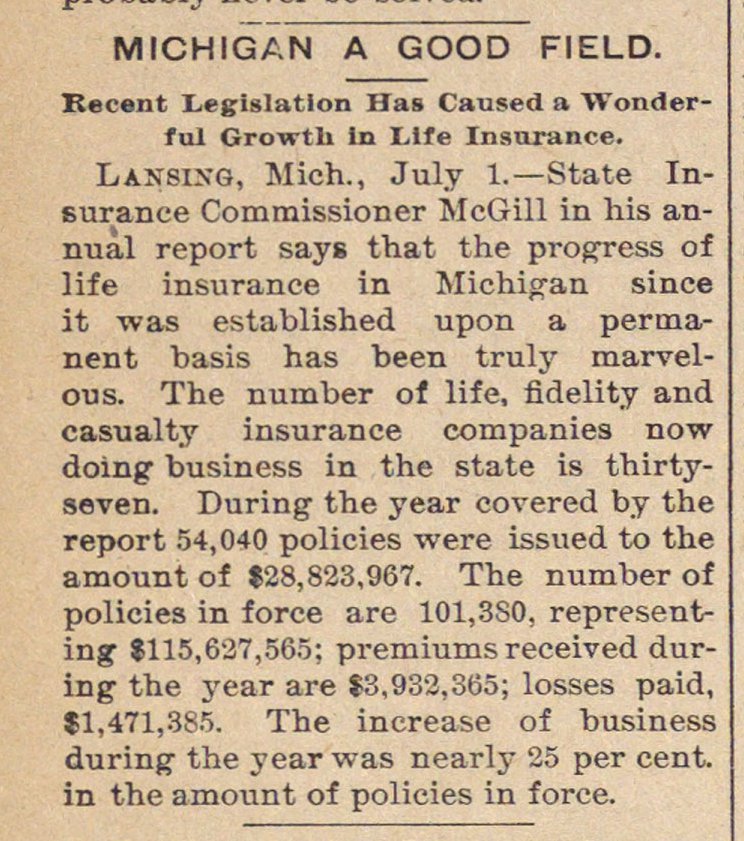 Lansixg, Mich., July 1. - State Insurance Commissioner McGill in his annuál report says that the progress of life insurance in Michigan since it was established upon a permanent basis has been truly marvelous. The nuinber of life, fidelity and casualty insurance companies now doing business in the state is thirtyseven. During the year covered by the report 54,040 policies were issued to the amount of $28,823,967. The number of polieies in force are 101,3S0, representing $115,627,565: premiums received during the year are $3,932,3(55; losses paid, $1,471,385. The increase of business during the year was nearly 25 per cent. in the amount of policies in force.