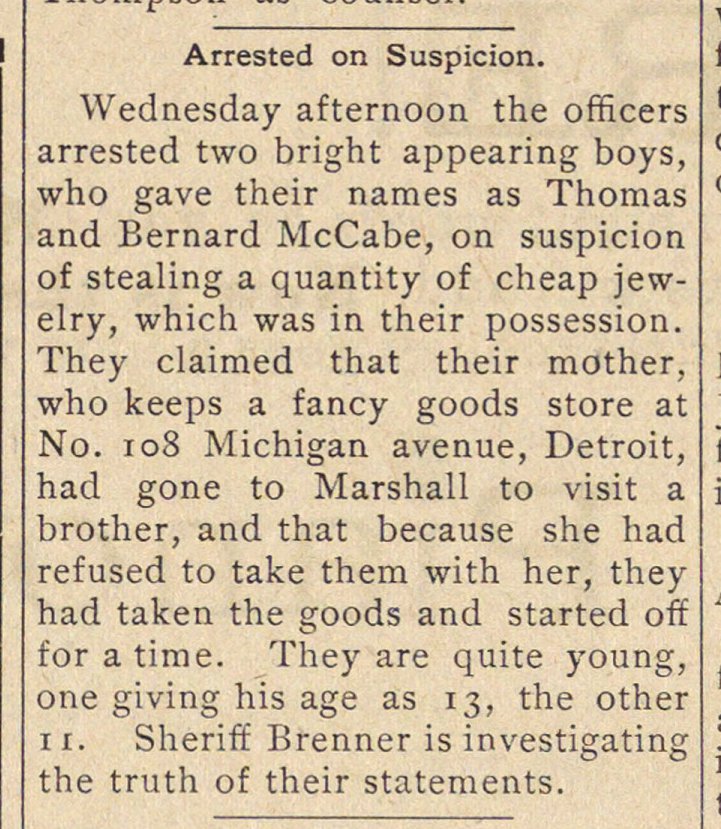 Wednesday afternoon the officers arrested two bright appearing boys, who gave their names as Thomas and Bernard McCabe, on suspicion of stealing a quantity of cheap jewelry, which was in their possession. They claimed that their mother, who keeps a fancy goods store at No. 108 Michigan avenue, Detroit, had gone to Marshall to visit a brother, and that because she had refused to take them with her, they had taken the goods and started off for a time. They are quite young, one giving his age as 13, the other 11. Sheriff Brenner is investigating the truth of their statements.